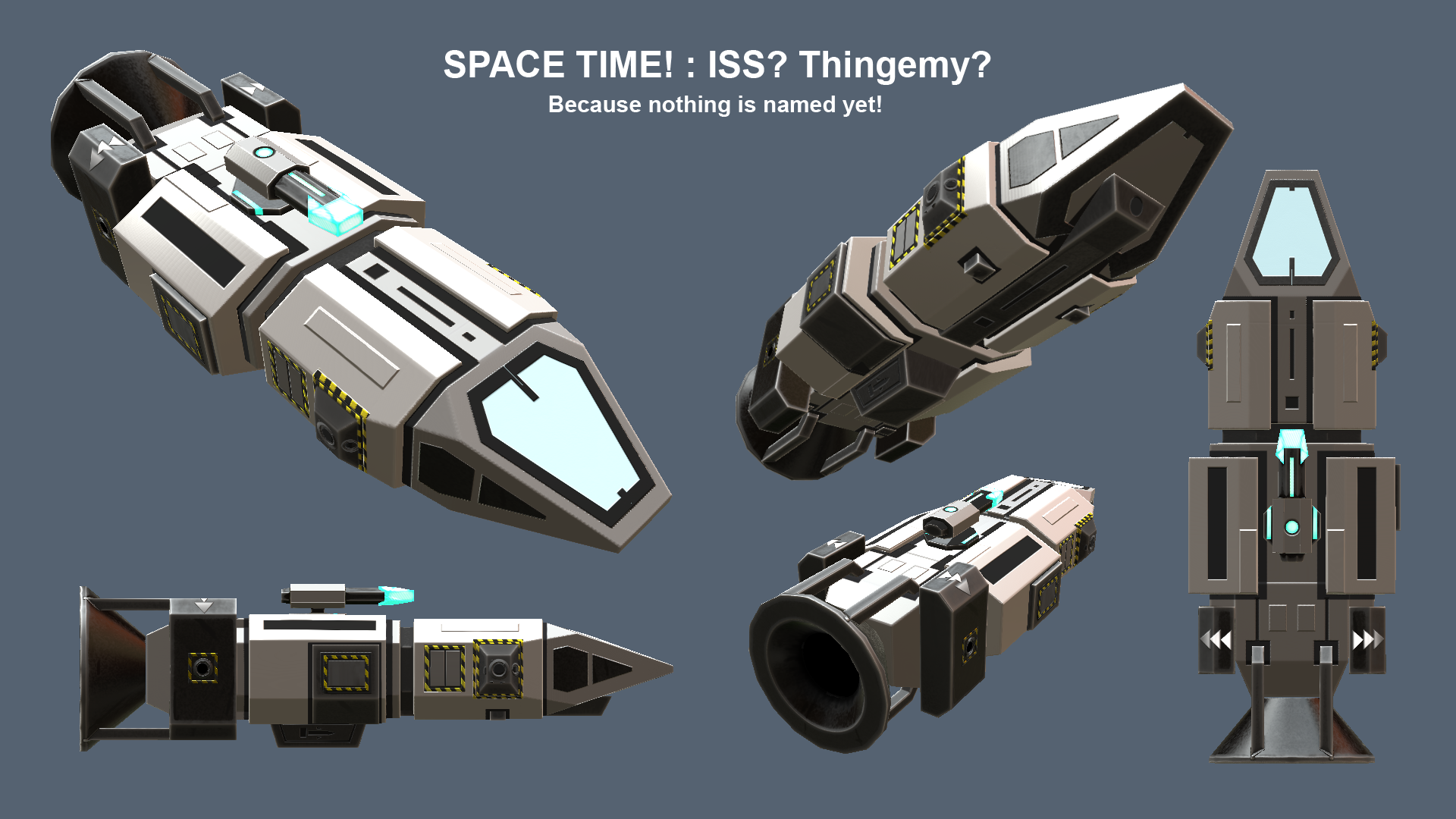 This is “Last Week Tonight!”, but not with John Oliver, and not a political satire in the slightest. It’s a very spurious comparison really,  in that I made this stuff last week, and I’m showing it tonight. I finally got round to fixing the default ship. Still kept it really basic for mainly style reasons… Admitedly a style choice driven by my desire to NOT have to spend years making gorgeous high detail ship models. As tempting as that is, I’d starve. You’ll all just have to settle for beautiful low detail ships instead.

I do love great art, but I’m very much a gameplay first developer, and since the artwork is generally small and visually informative in game, rather than stunning and the star of the show, I’m more than happy to show everything in it’s worst light. After all, what is teh point of doing a dev diary if you only do it when the game is finished and fully working. Here is a tiny, low colour, granular gif to demonstrate… something.

Even if you dislike the simplified style, I hope that you can appreciate that every feature of the ship design does have a purpose. From main gun, to missile launchers to directional jets to… other parts that have not quite been coded in yet. Go on though, you can have a guess if you like. For those of you you are in the “whatever, don’t care” category. Have a screen grab taken from an angle that is never seen during active play. 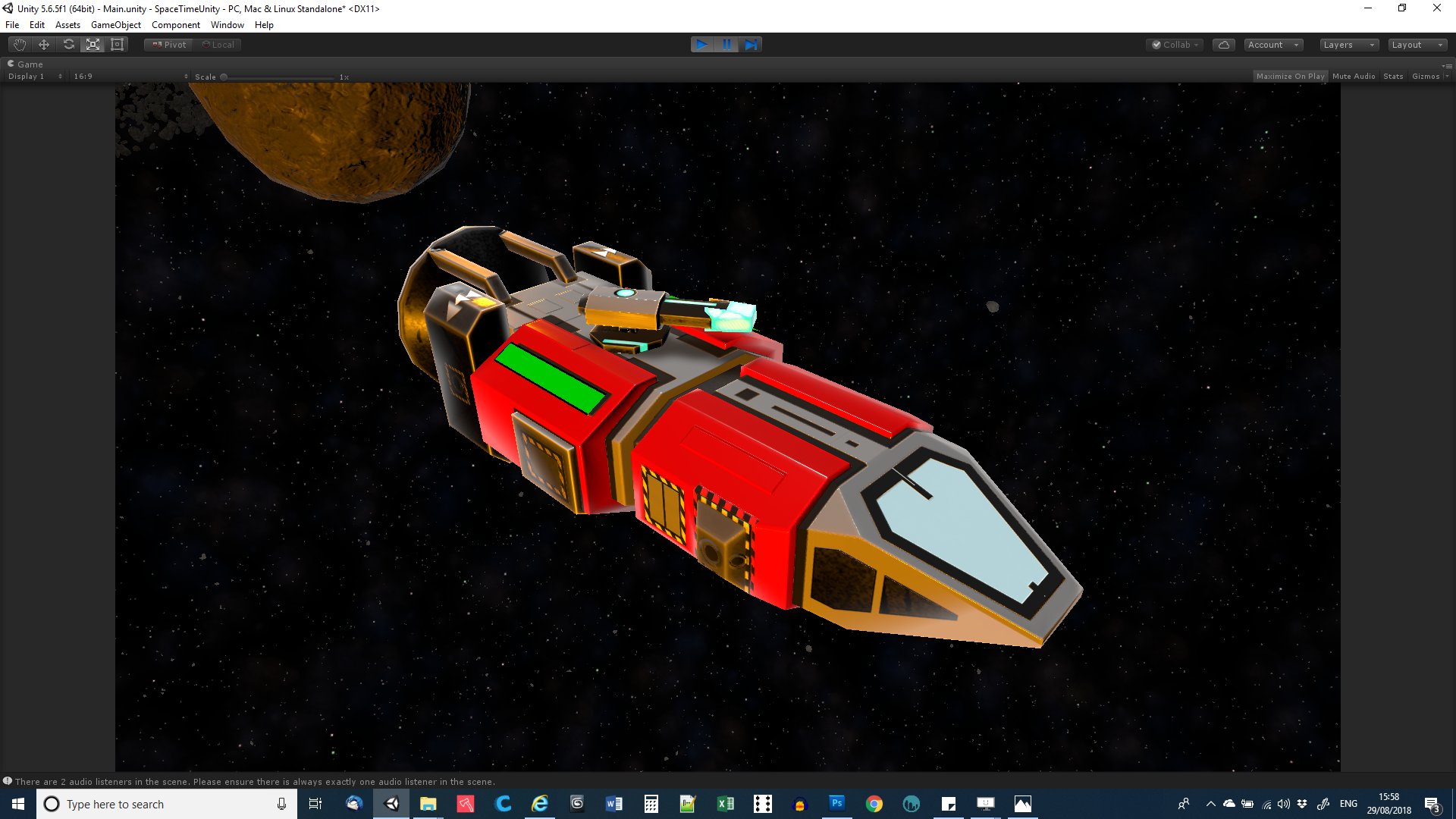 It’s  a Tonka toy train… In space, which I’m sure @Tom_SaysHi would approve of. It’s also the red team! Which may get voted off the X-factor soon! I say that because there is a small chance that the red team is doomed. Either that or the green team, depending on colour blindness testing.

Last week I also spent a bit of time tidying up code and getting rid of some of the smaller and more obscure (but annoying) bugs. The most amusing of these was the teleportation system bug. I ended up rewriting  a lot of the teleportation code since after looking at it again to fix the bug I released much of it could be done in a cleaner manner. The initial bug was that, very occasionally, the teleporter just didn’t work. Very occasionally is still a huge problem when a giant ball of plasma is flying straight at you. I did fix the bug, but before that I created a far less stable teleportation system that just went on and on.

As you can see, it may not make for sensible gameplay in the long run. The actual problem (occasionally failing to teleport) was a simple one to fix. I have commited the old sin of collecting my input each Update, and acting on it during the FixedUpdate. for those who don’t know. The Update loop often happens at a much faster rate than the FixedUpdate loop, which is designed to keep the physics running at a constant predictable rate. Long story short, I was collecting input and dumping and resetting that input, all before the other part of the code had a chance to do anything with the input. It was an easy fix once noticed, and then I had a very long drive across France. If you care about the game, or are just nosey about my holiday adventures do the Social media thing. ( Twitter, Facebook, and Youtube.)