There was no blog last week and I don’t even feel guilty about it. That’s because… well, it’s a blog. I didn’t kill anyone or steal someones lunch. Geeeeez, get off your moral 15 blogs a week high horse. OK. Take a minute to get over your ‘lack of blog’ rage… There we go, just breath, it’ll all be fine. There are a few other things you can find on the internet that are entertaining, such as other game dev blogs, and the constant cultural battle that runs across the internet wherever there aren’t gifs of cute animals and people falling over.

First things first. The week before that we had James in doing stuff. He was a 14 year old that we used for child labour, or at least we would have used him for child labour if what we did wasn’t technical and required years of training. We actually only made him do testing for one morning. Every other day he was getting a crash course in one of the various aspects of game development. Turns out he’d rather slit his wrists than spend any more time doing iterative concept art/design, but on the bright side he was able to pick up some of the basics of coding pretty well. So much so in fact, that by the end of the week we had him do a simple little script for the game.

The mining bot you see above was what I built based on his concepts.  I’m trying to keep things pretty low poly, with decent color blocking. The reasons for this are simple. 1: objects in the game are generally small on screen so that the gameplay comes first, so objects need to be clear and identifiable from a distance wherever possible, and 2: Low polygon stuff takes relatively very little time to make compared to high detail sculpts. I could put some nice detail in the textures, but a lot of that can be done using modern smart materials to avoid every object becoming a time sink of attempted artistic perfection. These are the kinds of choices indies often face. You can make a lot of simple stuff, or a small amount of really high detail stuff… or you can develop your game for the best part of a decade.  I’m a designer so if I don’t create something original at least once every couple of years my brain would squirt out of my ears like a  double ended strawberry super soaker.

As for James, he’s off to live the rest of his life and hopefully (assuming he doesn’t get kidnapped by aliens and drafted into an interstellar war,) keep up with what he started doing on his work experience. At the very least he managed to do a little bit of code that moves the bot around some points randomly and turn to face the next one. It’s a small step. The first steps always are.

That was the week before last. Last week was something different. While all my fellow local devs were headed down to Brighton for some wheeling and dealing (or often just partying in the sunshine), I decided to go in the opposite direction. That isn’t a metaphor or anything. I literally just went North for the 1Up North Gaming Expo. It wasn’t the biggest or fanciest show but it was a very honest one and could very well be the start of something much larger and more exciting for the future of gaming in the North. It was just a few rooms of enthusiastic volunteers and some of us local devs showing off a few of our creations, but as I said earlier, the first steps are always small.

It’s safe to say I had a really good time, and as you’d expect from me I took no pictures for social media at all. Instead, I played some fun games and met some other great indie devs such as the talented team from the fabulously named High Tea Frog. If you like combining beautiful video games with angry faced tasty cupcakes, then look no  further.  We have several things in common such as, we don’t update our website anywhere nearly as often as we should do and neither of us have an official page for our current games. So you’ll have to just follow them on twitter instead @highteafrog. If they happen to read this silly blog they must now reply on twitter with a nice picture of one of their cakes. I mentioned a favourite on Sunday so let’s test their memory too. The challenge has been laid before you Froggies! 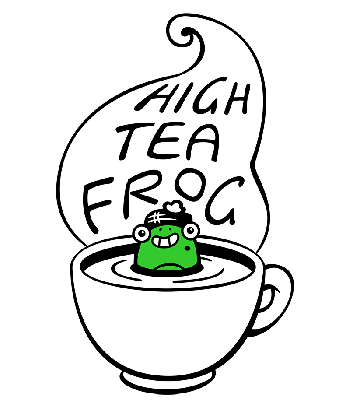 Also of note: The above is their logo. It’s cute and shows that they are either carefree people who didn’t think much about their logo, or have a dark sense of humour and thought about it too much, making their logo a metaphor suggesting indie development may be a lot like the old slow boiling frog fable: everything seems fine and you just don’t realise you’re being boiled alive until it’s too late. Who knows, you’d have to ask them.

I should probably mention at some point that we were in fact  showing off Space Time! at the event. The response to the game was expected to be positive, but the sheer lunatic level enthusiasm of some of the kids was fantastic to witness, especially since we’d been working on it locked in a room for weeks with no feedback. Our usual testing audience is whichever random students we can grab from the university, but this was a great event that saw the game tested by 5 year old boys and their mums alike… and then saw those 5 year old boys show absolutely no mercy in dispatching their mothers with tactical nuclear weaponry, but isn’t that just how it always goes.

I’ll expand more on what we learned and the changes we made to the game during the week, but for now I just want to once again thank the whole team at the 1Up North Gaming Expo for a great week and I absolutely wish them the best in taking the ideas and the event forward. The industry, and the community, can only benefit from their hard work and dedication.

On a less serious note, mid way through UV mapping the mining bot the unwrap looked like a bunny. 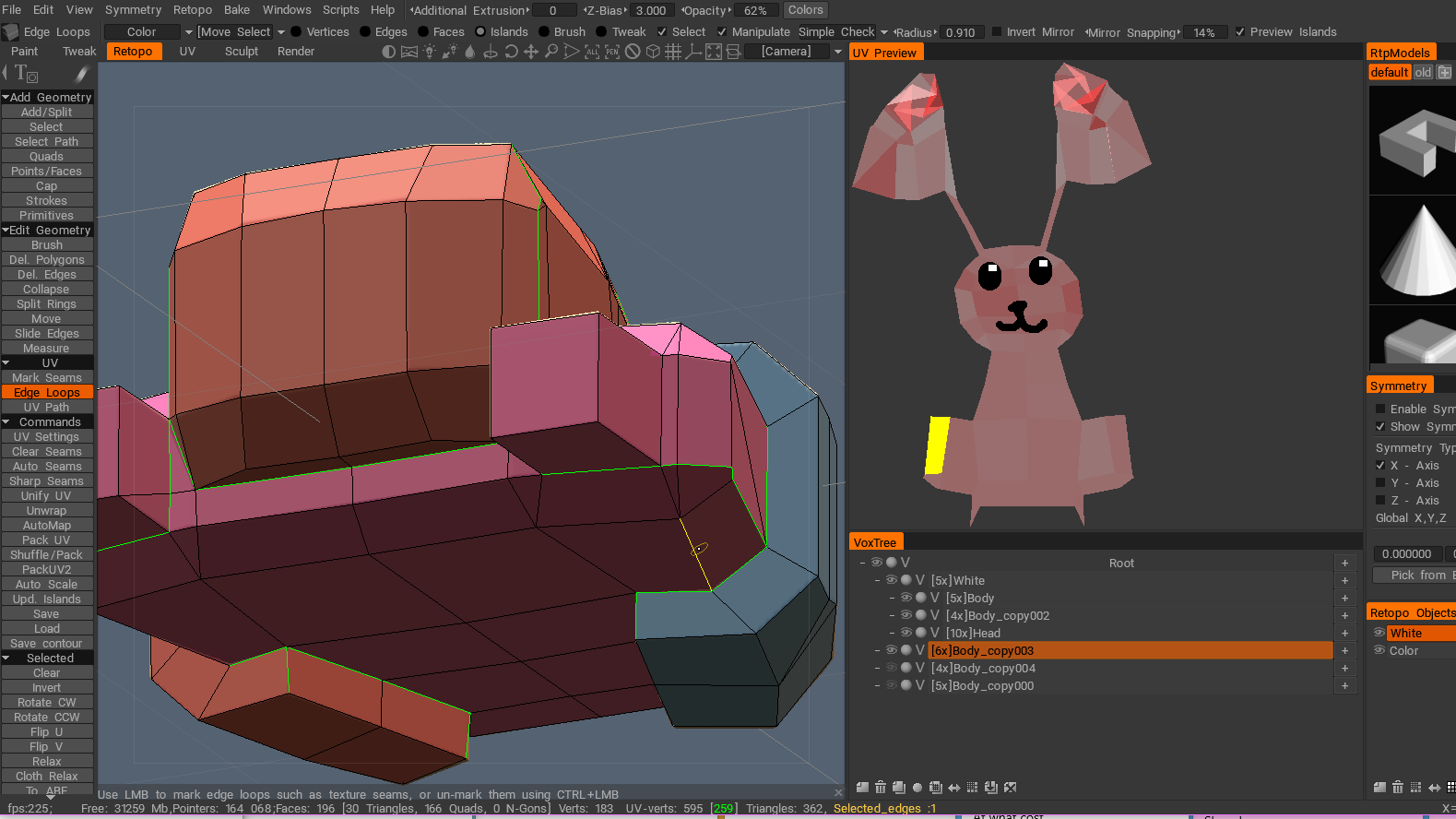