What’s the Verb for Boundary? 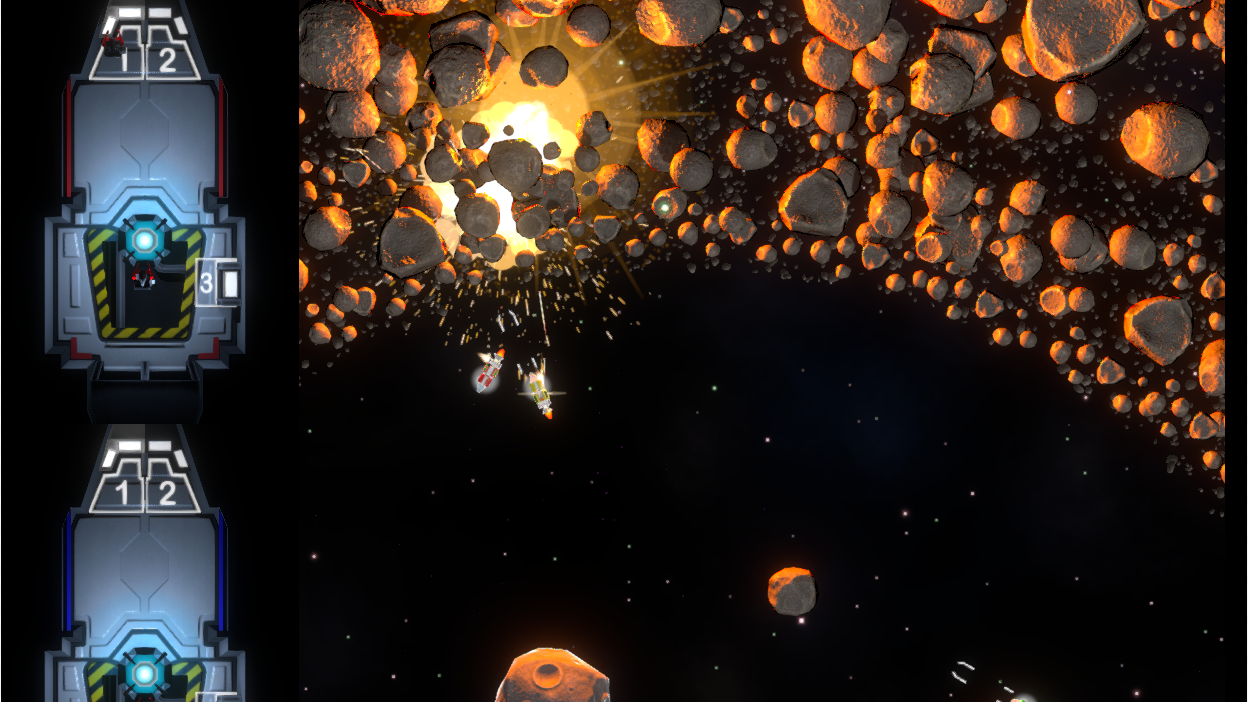 Clank! Clank! Bink! Bink! That’s the noise of things being tinkered with and “mostly” being fixed.

Still a lot to get through in the next few weeks but at least there are some visual changes as you can see in the image above. You may also notice that there is an obvious collision bug. Specifically, the boundary isn’t … bounderying? Binding?  Encloses? Confines? Why is there not a verb for boundary. bound and bounder are already taken (I’ll use them in a sentence later in case you didn’t know and couldn’t be bothered to google them,) but there should still be a definite verb for boundary and as far as I know there isn’t…  Anyway. That actual problem unrelated to the word, was that the collision was too high. it was an easy fix but I didn’t bother re-recording so here is a gif of the above screenshot.

I may have also mentioned I was doing a little bit with shaders as well, just because I wanted a very simple but particular effect and refused to back down. Here’s a partial picture of me doing it wrong and part way through it’s thingy so I appear to come off as doing something technical by virtue of not giving you all the information. 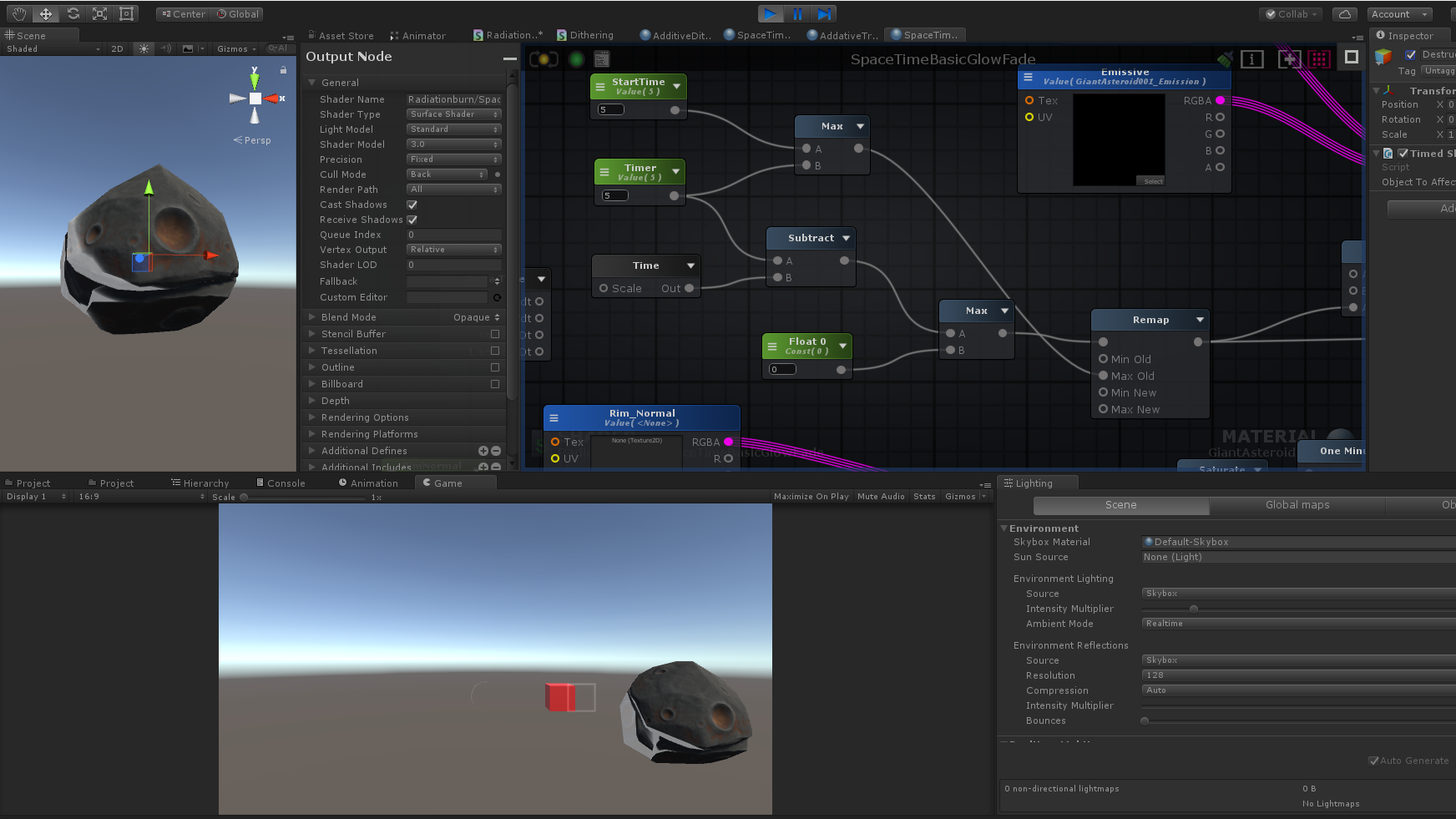 I freely admit that I only included that image because I was going to use it to ask “The Mighty Bruce” a question  about reseting shaders, but he managed to answer it without the need for pictures because he can read big kids books now. Still, you should count yourselves lucky because I could have sat and talked about going over all my financials for the year in a big excel sheet instead of shader thingies. Actually, there are doubtless many of you out there, for whom that more a spreed sheet would be more interesting than my blog, so to win you back I’ll include this next gif of the asteroid doing it’s thing.

See. Totally worth it right?!?! It was all glowy when it broke! Then it got less glowy over time! Aren’t you glad you came now. I also have to tell you that the model and texture for this asteroid was created by Ben whose abilities to retopo in particular have come on in leaps and “bounds”(Dictionary: A jump upwards or forward). Between this and his work making nicer particle effects that don’t kill the frame rate, he’s definitely making a decent attempt to be less of a “bounder” ((Dictionary: a morally reprehensible person/ cad) … Well I did say I’d get them in somewhere. On that subject I think we should actualy just use “boundaries” as a verb as well as the plural. in context it would be obvious right? e.g. “The wall boundaries the prison”

I did plenty of other little things and one big thing (it involves that stupid little glow at the from of the ships) this this week, but as usual, when it comes to progress on the game the blog lags a little behind. If you need to know a little more, or want to make suggestions as to what the verb for boundary should be, then by all means please let me know on the social media, Twitter, Facebook, and Youtube. Bye for now.