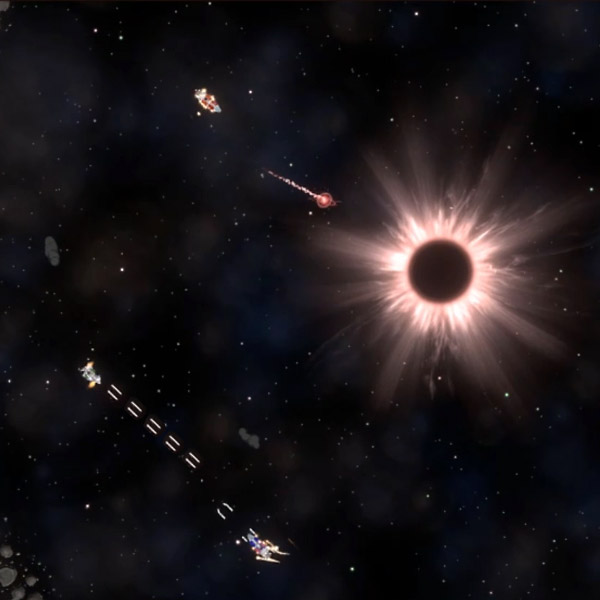 Lots of little things have been happening, although admittedly, the blog being updated hasn’t been one of them.

The most amusing thing that has happened is that the world has been properly scaled. All the ships and particle effects and various other things have been shrunk to undo when they were made twice the size previously, for reasons that were super important at the time, but I can no longer remember as at some point it became irrelevant. I’ve put a picture of this major change at the top of this article… Sure. I did just reuse a screenshot from a couple of weeks back. The point being, now that everything has been made smaller the game looks just as it did before.

I’m also using an older screenshot to deliberately hide a few of the things that have changed, just temporarily of course. Tangible change to most games occurs in peaks and troughs throughout development. Things get added, then they get tidied and balanced and debugged… Basically what I’m doing is holding a few things back in case I decide to do a blog but have no content.

Which brings things nicely onto some new content in the form of visuals. The multiplayer selection screen has been decorated by Ben. It’s just a first pass but it’s a big step up over the placeholder stuff from the last blog post which was 4 ships on a beach.

Now it looks more like a hanger, with thingies to do stuff with. 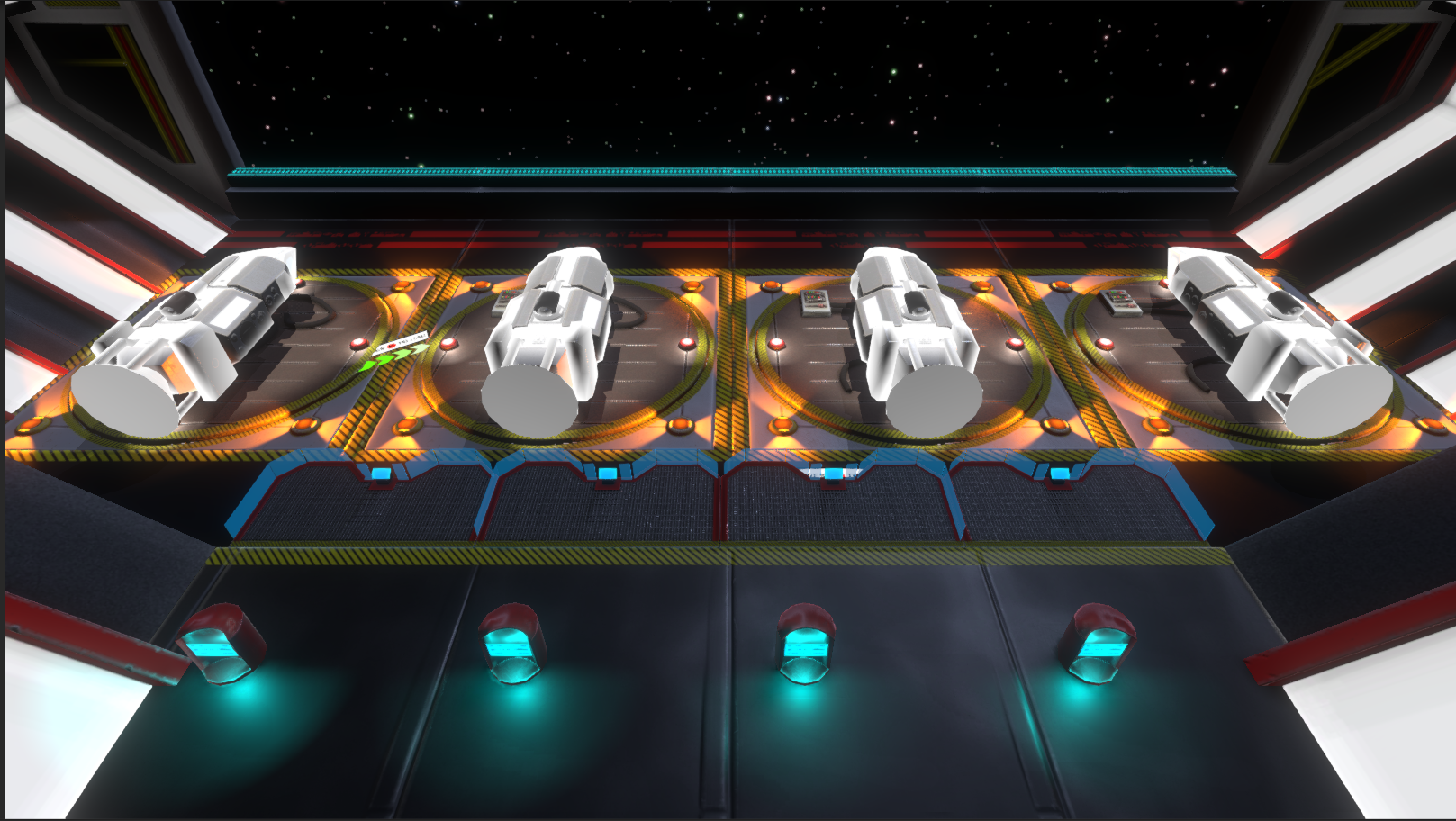 The other thing that Ben has done was make some new, more cartoon style asteroids. then he rotated the damaged model to this angle… 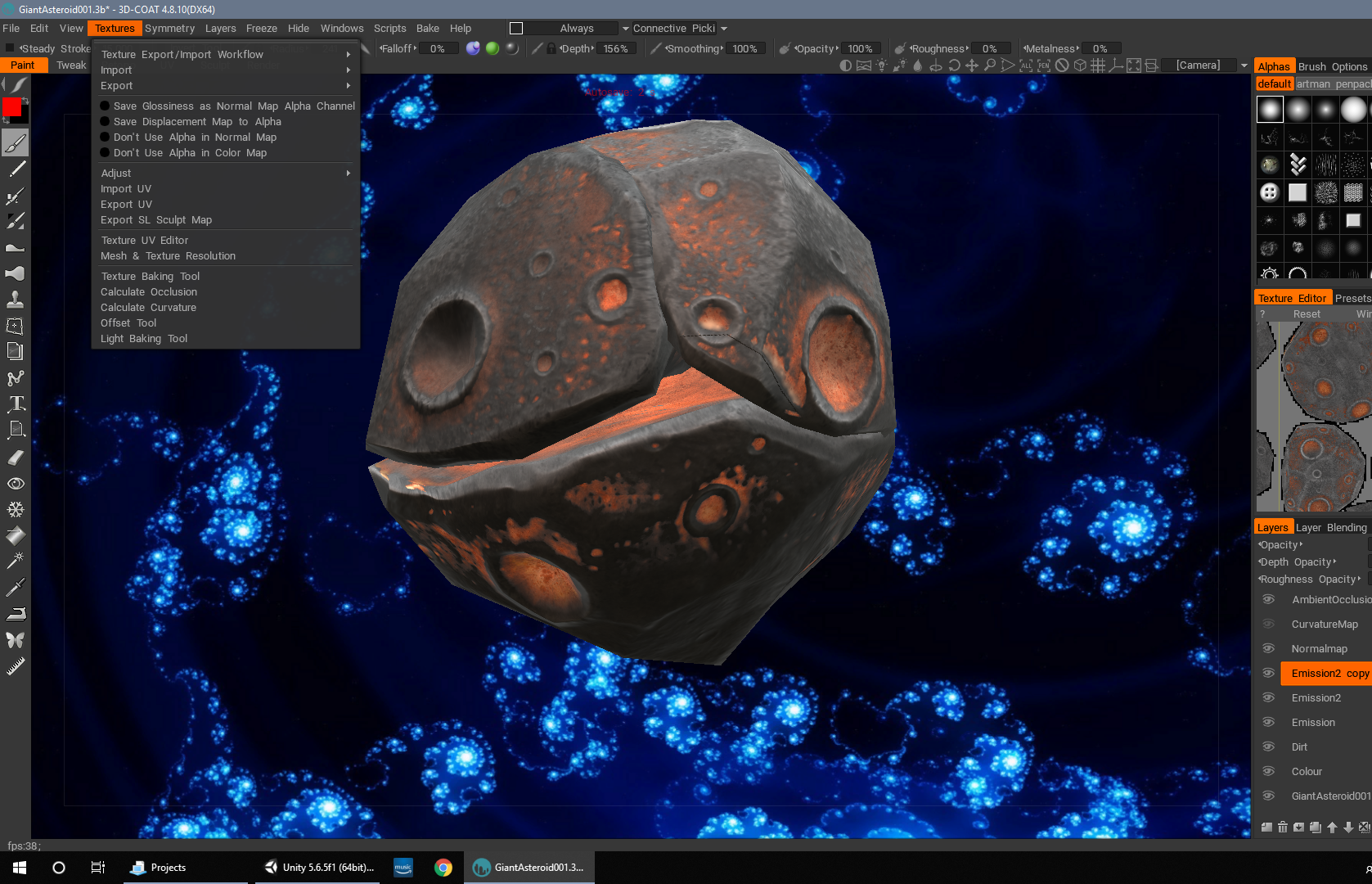 Which made me think of this instead.

Not many people view this blog so such artistry as Ben’s creation is likely to go unnoticed sadly.  If however you do want to pay tribute to this mastery of fictional space rock, feel free to do so in the usual social media type places. Specifically, Twitter, Facebook, and Youtube. Bye for now.