OK. So that was only part of the week and it ended on the 10th, but I didn’t know until the Saturday morning when my daughter told me.

She has been doing unity tutorials and after finishing one had decided it would be a good idea to make a similar game but with spaceships… because she really likes space ships. I figured this sounded like a good idea and I went ahead and spent a couple of days doing just that.

So the first day I made the very basics. It looked like trash and it played like trash but I’d implemented rewired and all the basic functionality was in. I’m not ashamed that I pretty much copied and pasted the GUI functionality from the unity Tanks tutorial, so thanks to those wonderful Unity guys I could spend my limited time on gameplay, and making a basic ship model to fly around as rather than a cube.

After that I took the game back and had the kids review it and suggest changes. There were numerous and a list was made, but by the end of that first day this is what we had. 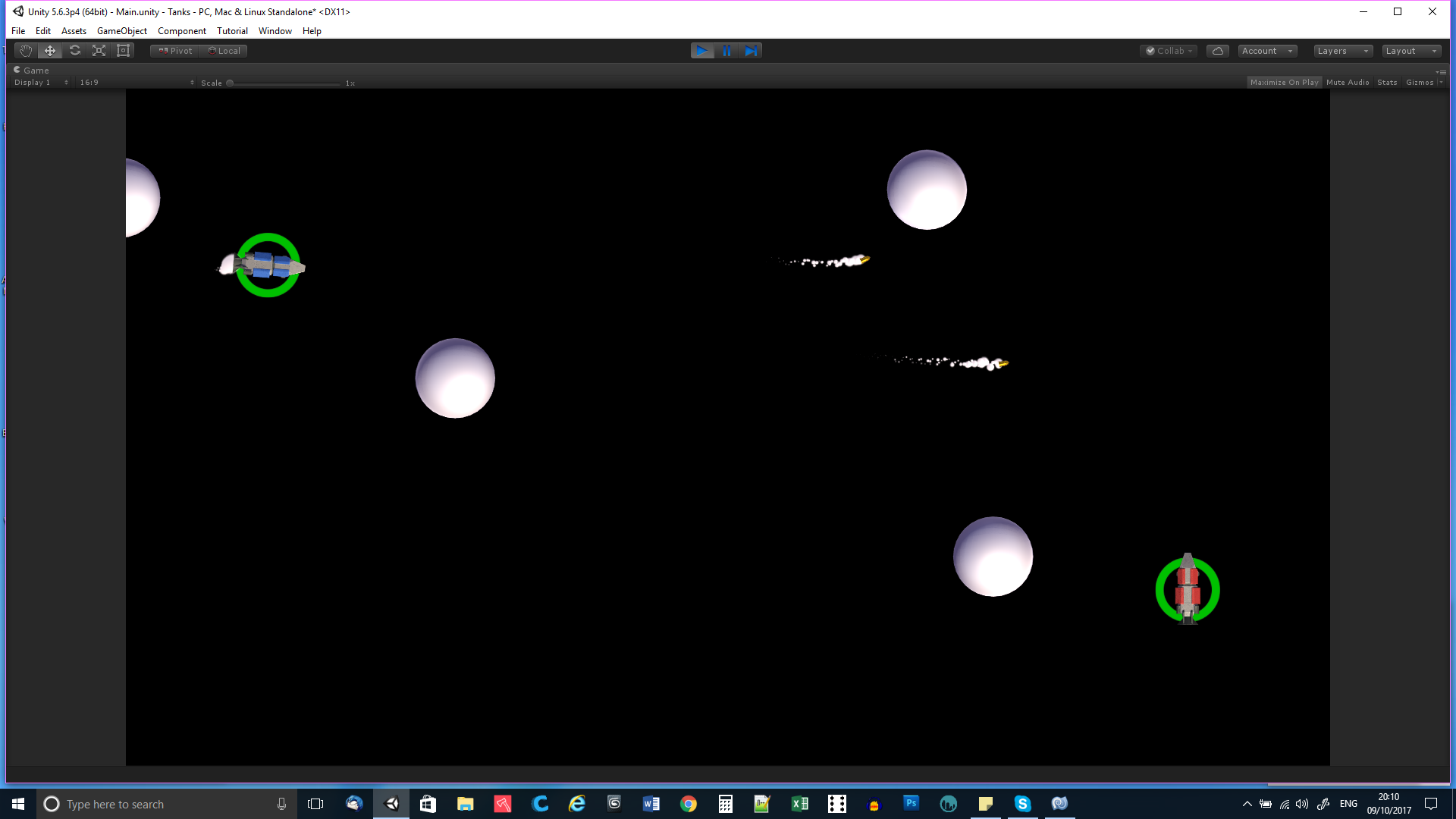 Second afternoon was when I got back to it in a meaningful way and made all the changes. Coloured parts of the ship based on chosen colours, and got the gameplay and visuals up to a borderline acceptable level. Then it looked like this. 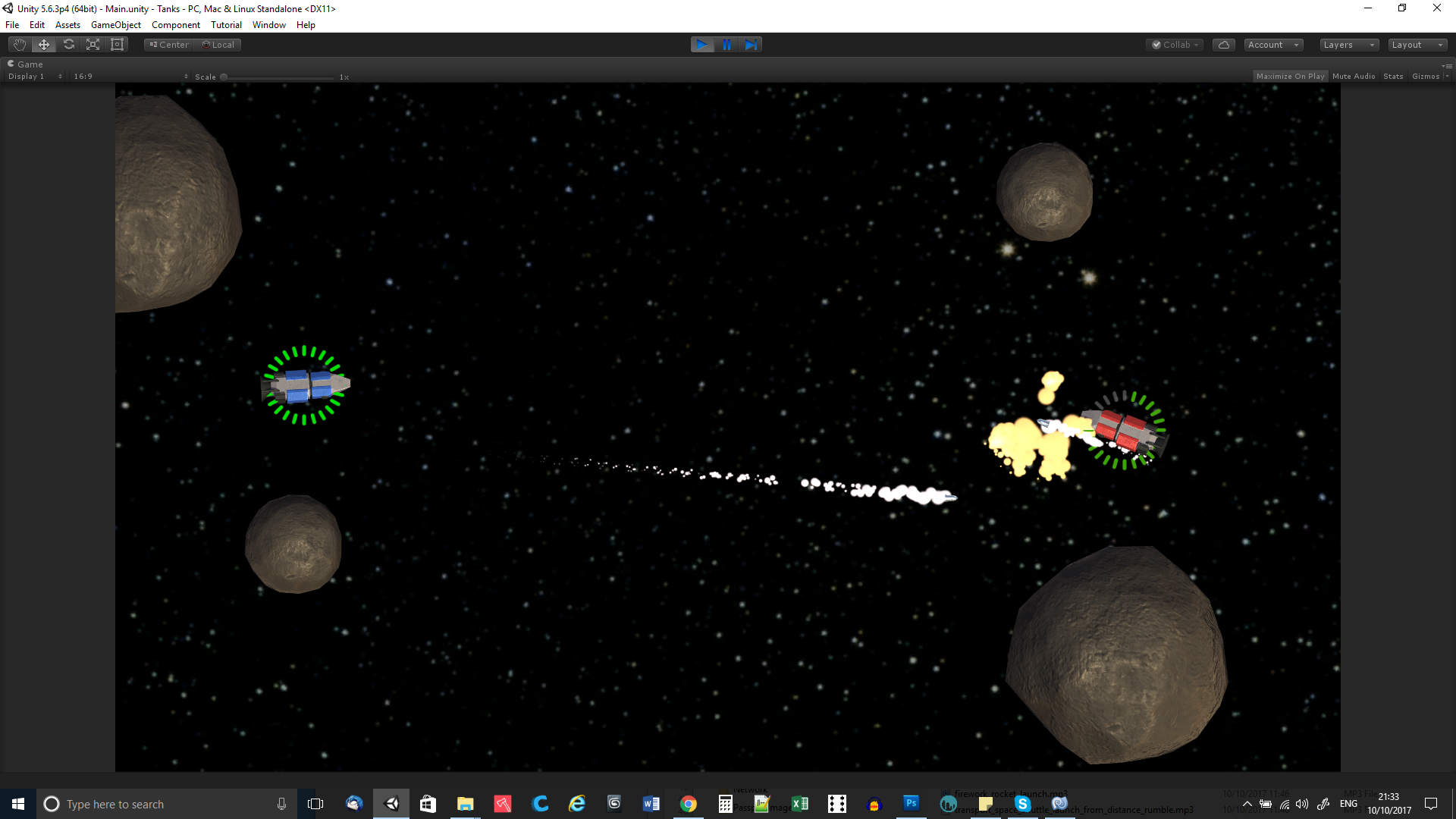 I got more feedback from all the people at that point as there was a lot of “just playing it”, but there was little I could do for a while.On wednesday and thursday I was mostly occupied with Dead Exit stuff plus some other adminy things and an external meeting. So I won’t talk about that much, although next week prepare to hear more about Dead Exit, because there is more exciting news coming about that. Oh yes.

Still. Friday was a day to tidy things up. I’d given the game over to Ben for most of Thursday afternoon so when I got it back there were of course a bazillion particles. He also had a list of requests, because Ben is the master of feature creep. So Friday we worked more on it. Ben made everything pretty and completely broke the game, then I’d re-code the game so it worked with his, shall we say… “artistic vision”. 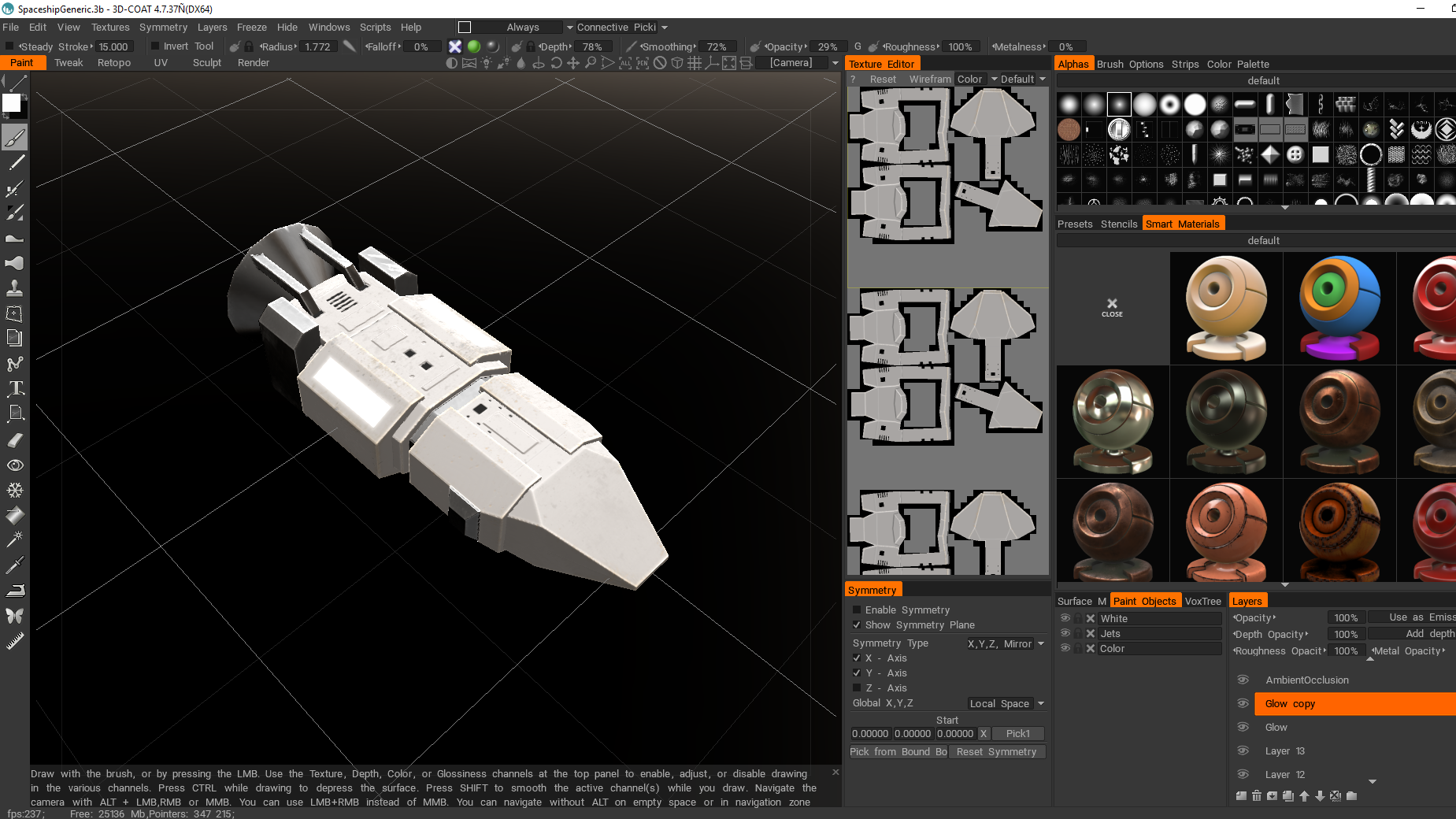 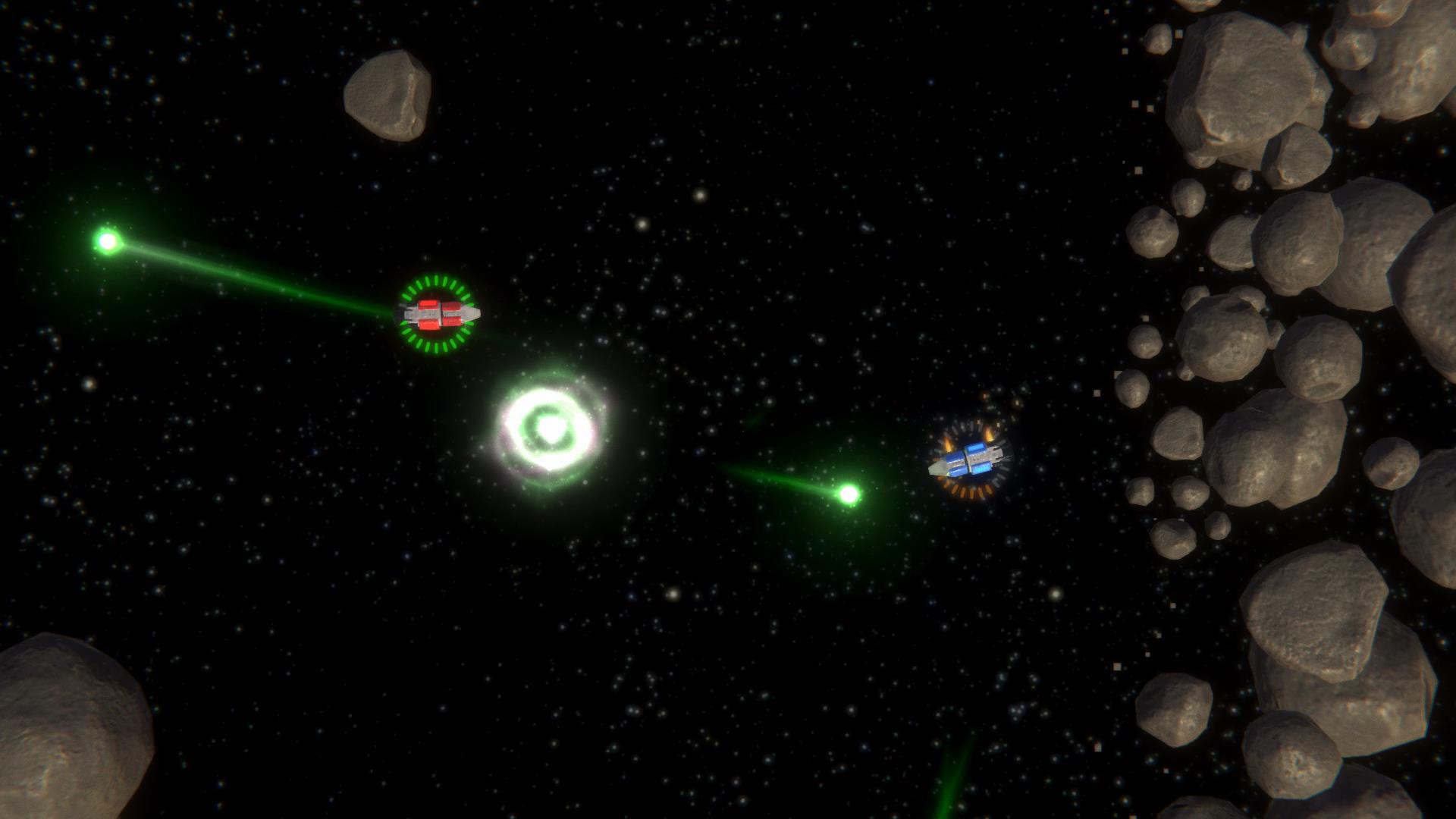 I’d also like to give credit to Soundimage.org who provided the music.

We certainly played it a lot too and we uploaded a video which is a short segment of that testing gameplay. We ended up winning about 50/50 but for a while before that I was winning far more often as I hadn’t told Ben that I’d implemented lateral thrusters. Still it was all in good fun and a good distraction from the mountains of paperwork I have to get through. You can even watch a video of part of it here. Not the paperwork! The Testing.

So now what we actually do with this game is the next question, and that will mostly be down to time, other projects, work I need to do, and what the children want to do with it. Personally I’m curious to see if It will run on the Mystery box project by Milo.

Regardless of the next stage, we’ll be uploading it somewhere for people to play in the very near future. Find out exactly where and when by following us on the social media, Twitter, Facebook, and Youtube. Bye for now.