This week has mostly been about feature creep. That is perhaps a strange thing to think about given that the first version of Dead Exit has already been released to the public, but it’s safe to say that feature creep has been the biggest feature of Dead Exit’s development.

Dead Exit was originally never supposed to be a video game. It was just a card game that we had made to play amongst ourselves. So the first piece of feature creep was the decision to experiment and try and make a very simple 2D video game version. The original concept was local multiplayer only.

The game quickly became 3D because we liked the visual style. Over time the art crept and crept and crept as the universe backstory developed. Silhouettes became painted characters, the basic background became a cityscape, more and more visual effects were added, and weird items such as player’s being represented by mannequins somehow occurred.

Intermission… Josh wasn’t able to come in this week but since this was all his fault we promised we’d kill him anyway so here he is in this authentic Chantelle masterpiece for your delight. 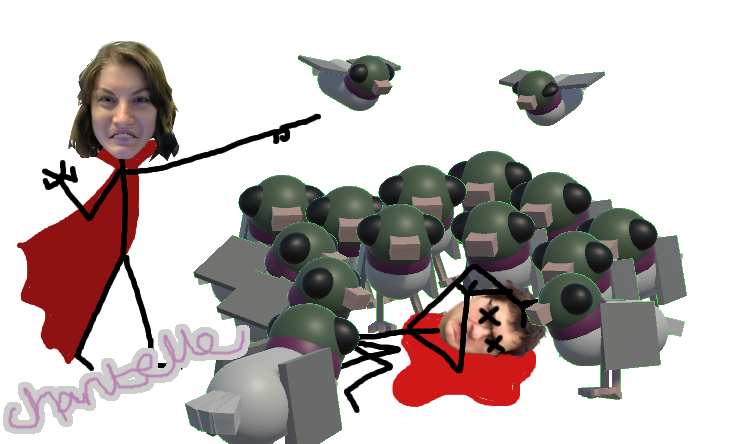 Now back to our regularly scheduled ramblings.

Much as we enjoy blaming Josh, most of the art stuff was Ben’s idea. He’s a master of feature creep and I mean that as the most sincere backhanded compliment. He loves backstory and he loves detail. He’s not so keen on time, budget, or hardware restraints.

Probably the real mastermind behind the feature creep was Chantelle. She isn’t a perfectionist, but she does always want to make things better to the point of single bloody mindedly being unable to just leave mediocre things alone. She’ll often declare a thing terrible and then excitedly state how she can rebuild it. Better, faster, stronger, by rerouting the tachyon emitters through the navigational deflectors.

I suspect that maybe the two of them schemed together and the current large scope of the game was their end game from the start. 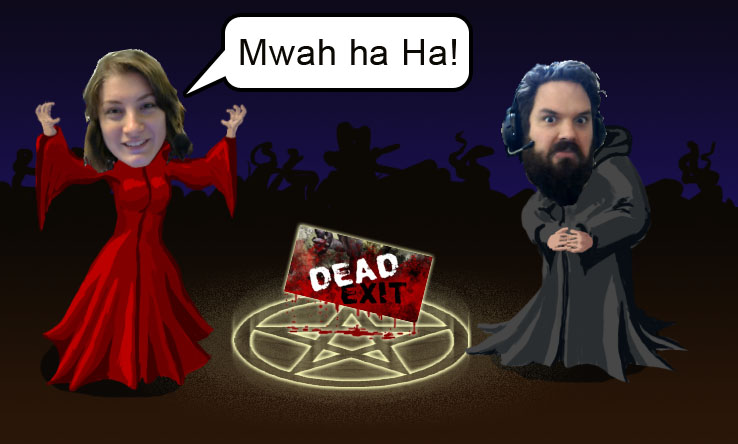 I don’t claim to be innocent here. I just swear I wasn’t the instigator. Once the game got to a certain stage in quality and size there was no turning back and I became entirely complicit in the creation of the much larger and more powerful beast that Dead Exit has become. I’m proud of what we have made and the team that has made it. Dead Exit is a really good game not just by our measure, but also by that of both critics and players. That opinion can only improve as we add our second solitaire mode: Texas Trail. 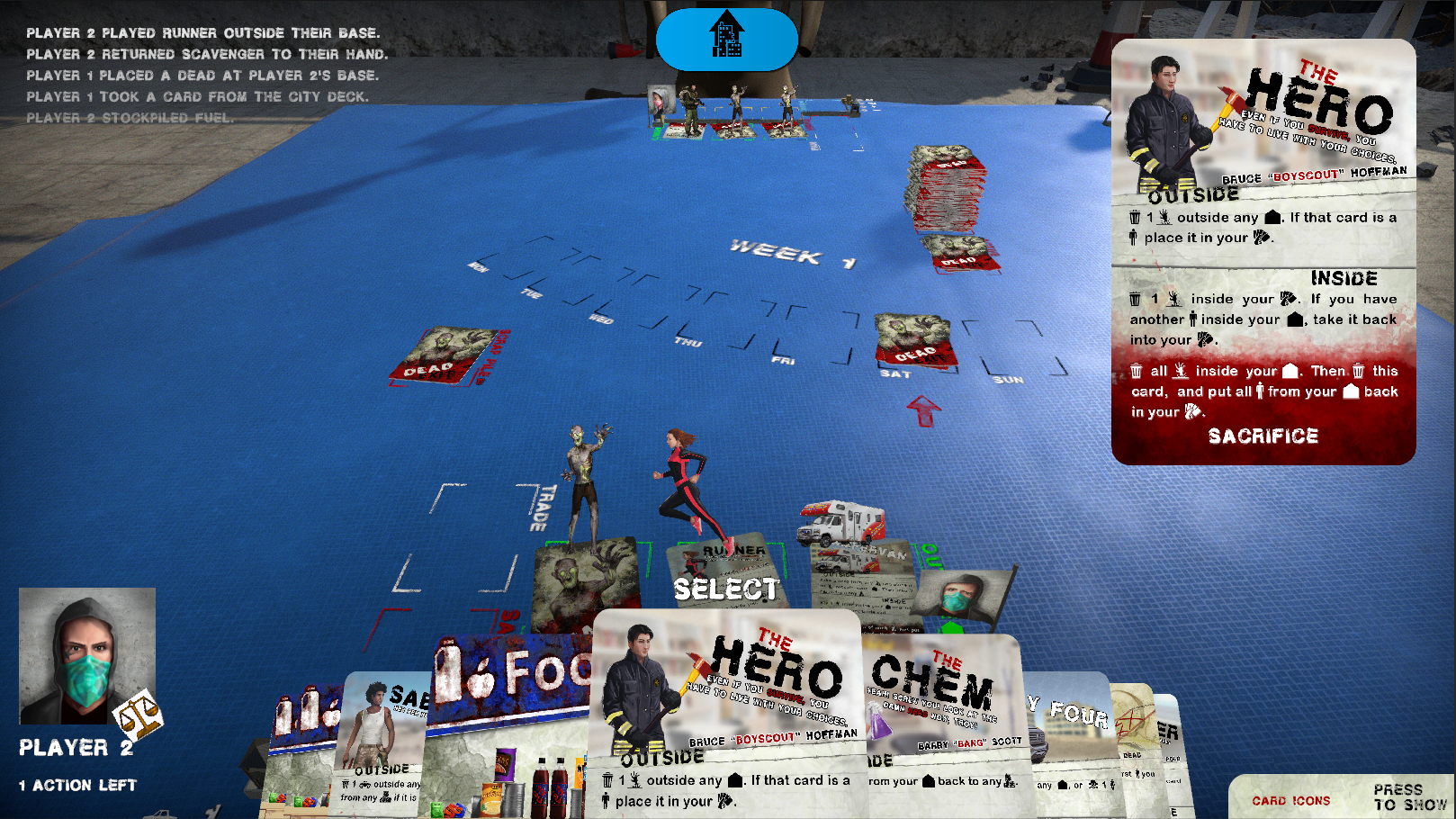 Texas Trail is a fancy new game mode that several people have been looking forward to, but that isn’t even the big feature creep we were working on this week. That will remain a lazily guarded secret but if you want to know as soon as we reveal it then tune in to our social media on Twitter, Facebook, and Youtube where you can make wild guesses while you wait for a fun reveal. Bye for now.