There has been one singular significant thing happening this week, and that is the continuation of Chantelle’s epic destruction and rebuilding of, The Living Dungeon.

The second, significant thing has been a new layer of polish being added to Dead Exit in preparation for the Xbox release. That means new particle effects, some new animations, post processing effects and other, really boring administrative things that shall not be mentioned for fear of me going off on a rant.

The third significant thing we did was invite Josh back just for the purposes of blaming him for errors we created, and virtually murdering him again. In fact, here is another picture of chantelle killing Josh. 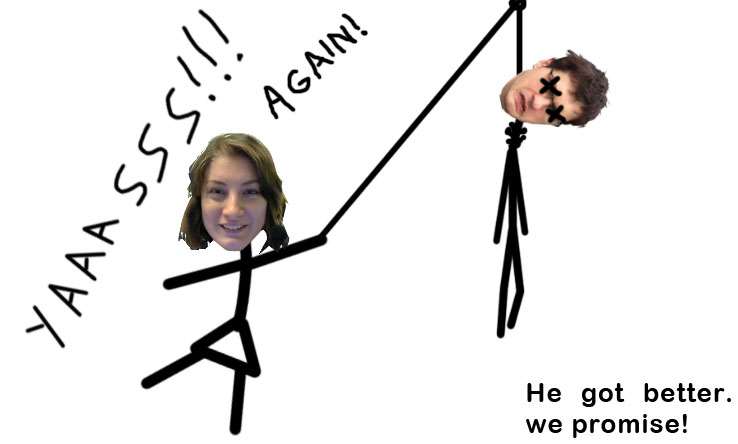 Yeah. By now I guess you figured out I was lying about only doing one significant thing this week. You can assume that’s always true. The chances of us working on just one thing during any given week are about the same as J.J. Abrams not using lens flares.

More importantly than the third thing, is the fourth significant thing which is testing. There’s been a lot of testing this week. There’s also been some video editing, and many bits and bobs, as well as more than a few things that went horribly wrong. To give you an idea of just how badly wrong it went.. I had to UVunwrap a 3d model in Max!!!!! 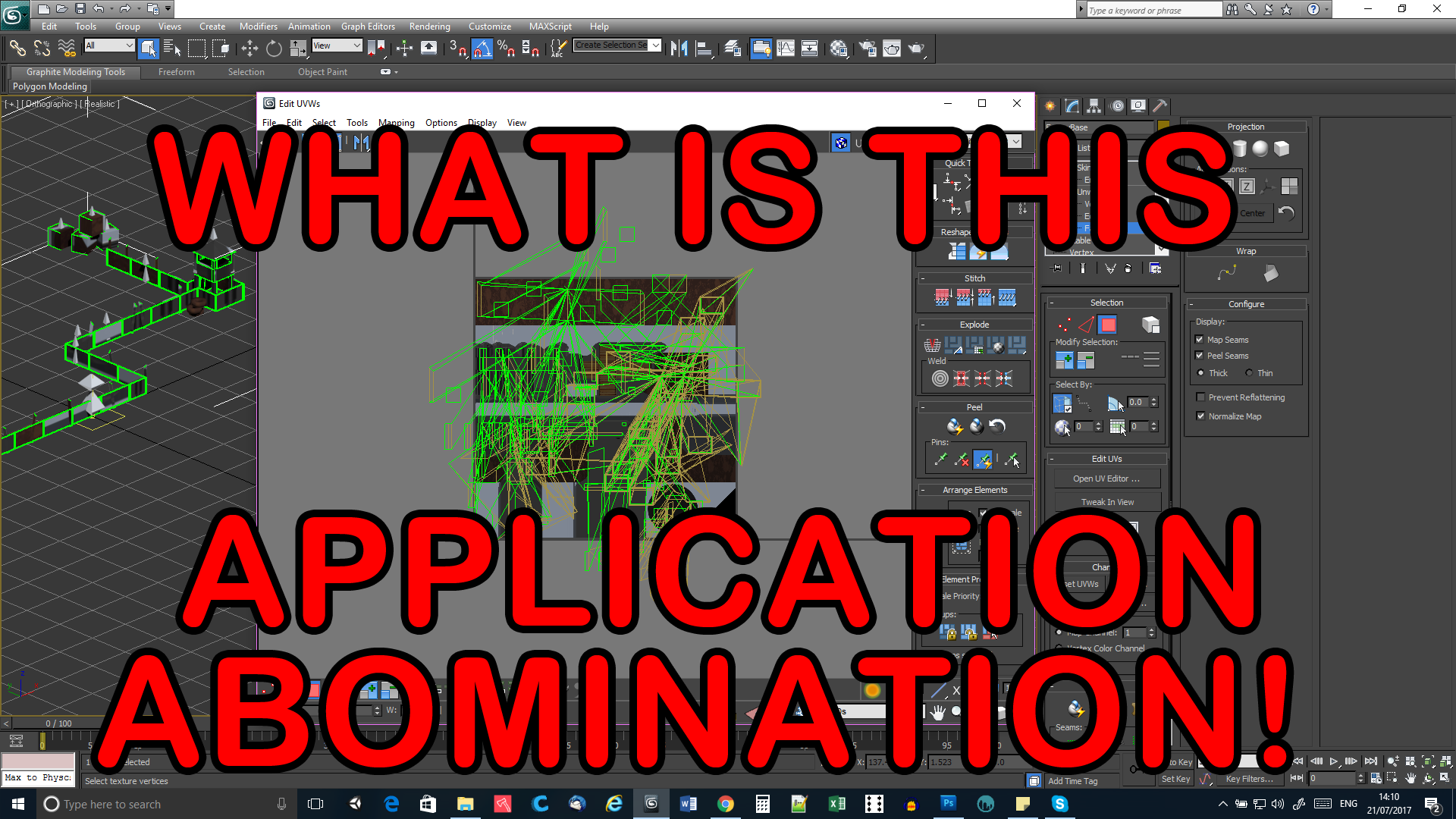 Yes! Actually UV mapping in 3DS Max!?!?! A process that normally in my package of choice might have taken 20 minutes, instead took about 4 hours, not least of all because Max managed to corrupt both my main file, and my backup while pretending to be working fine until I tried to reload after lunch… and also just crashing whenever I tried to move a particular set of verts in the unwrap tool.

Well at least I avoided ranting about the paperwork. It’s been a hard week all round really but at least we got through everything we needed to get through… DAMMIT! Except sending off the translations.