Most days I love what I do. Passionately love it, in a barely containable might explode if it got any more enjoyable kind of way. It’s challenging, exciting, and I get to learn new stuff all the time.

But every so often there is a week like this. The horrendous, torturous, painful underbelly of games development. That immoral, corrupt and belligerent stain on our industry. Yes! You know what I’m talking about. ADMINISTRATIVE PAPERWORK!!!!!

I dislike any paperwork that isn’t a design for something, and Ben and I have had to do more than a little of that this week. What particularly gets my goat…Wait. Where on earth does that stupid expression come from. One sec while I google this…

Internet is conflicted. Might be something to do with horse racing, or the navy, or boxing. Who knows? Here. Let me cite my references. 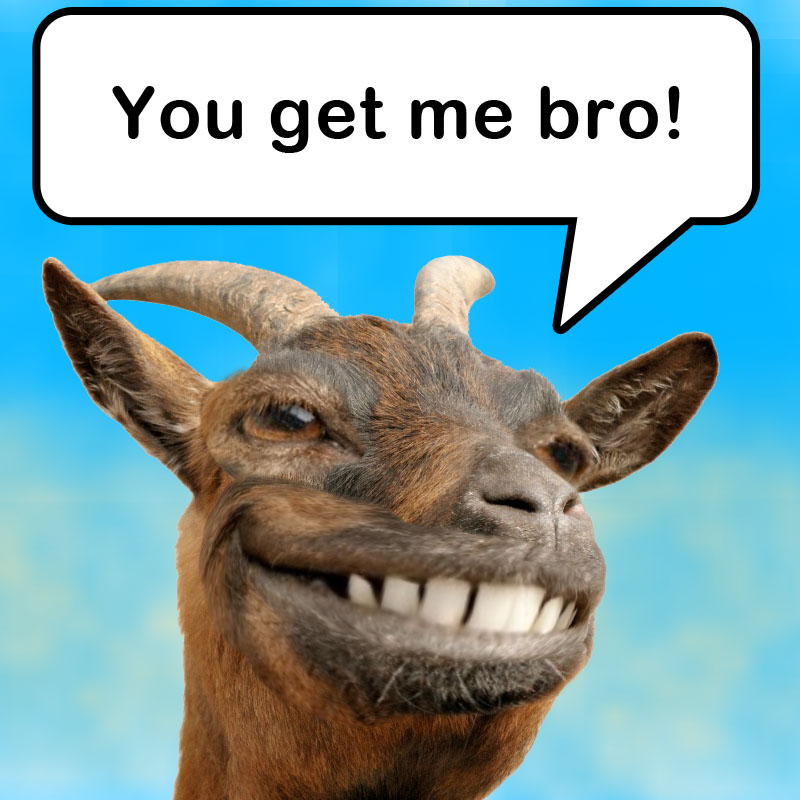 In other news. Josh is now dead. OK. He’s not dead. Worse than that, he betrayed us in our hour of need, stole the crystal of prosperity and fled into the dark lands. Fine. I admit that’s a lie as well. Josh is fine. He was extremely helpful and even went out of his way to stay with us for longer than he probably should have. Now he has had to return to fight the battles of the expanding Greenlord Empire (which loosely translates as, he had a lot of work to do back at his office). We’ll miss him, and will no doubt blame him for bugs he had nothing to do with for years to come.

Josh has thankfully promised to come back over just so he can fail to stream playing games with us. So at least we can blame him for bugs to his face, in front of the world, and then mute him when he attempts to defend himself. In memory of Josh. Here is a picture of Chantelle killing him. 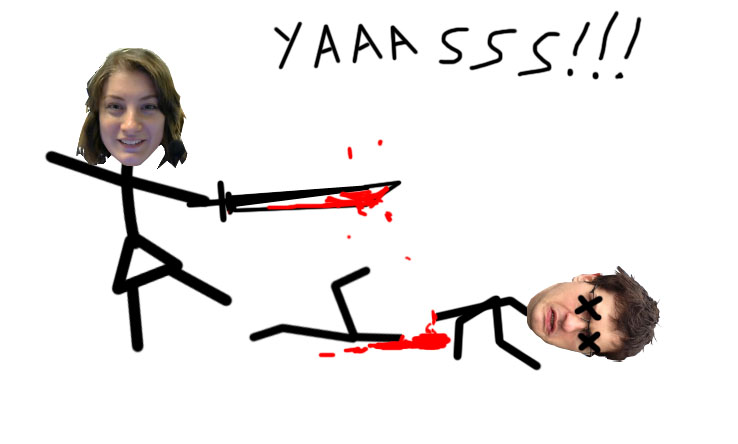 Speaking of Chantelle. She has been doing super secret stuff on The Living Dungeon. So secret that even she doesn’t know what it is. That might just be because she melted her brain rewriting her old code though. It’s hard to tell. The most worrying thing is that every so often she starts grumbling, hits Control+A, and then hovers her finger over the delete key. We have to bring in the hostage negotiators frequently (and by hostage negotiators I do of course mean placating treats for the grumpy exhausted coder princess). It’ll all be worth it in the end, and that end will hopefully be fairly soon.

Once again we made an attempt at streaming this week. It took us a good ten minutes to sort out the sound issues after starting, which we will blame on Josh for the sake of consistency. Then Ben got kicked from the game, probably due to cheating, and then Josh’s stream became unstable and we had to once again replace him with corgi butt. The game itself worked fine throughout.

Finally, and possibly most importantly to those of you who are trying to get an edge on your Dead Exit nemeses. We made a set of How to Survive videos. The first one is the in game tutorial video, the second is a general look at strategy in Dead Exit, and the third one which will hit youtube today is talking about synergy, using the bodyguard for some examples. If you like winning, these videos are for you.

Also for winners, here’s our social media. Check us out on Twitter, Facebook, and Youtube.  Join us next week when Chantelle will review the Russian answer to the Avengers franchise, and I’ll make a video of join the dots. Bye for now.