Under Construction Again: The Dev Life. 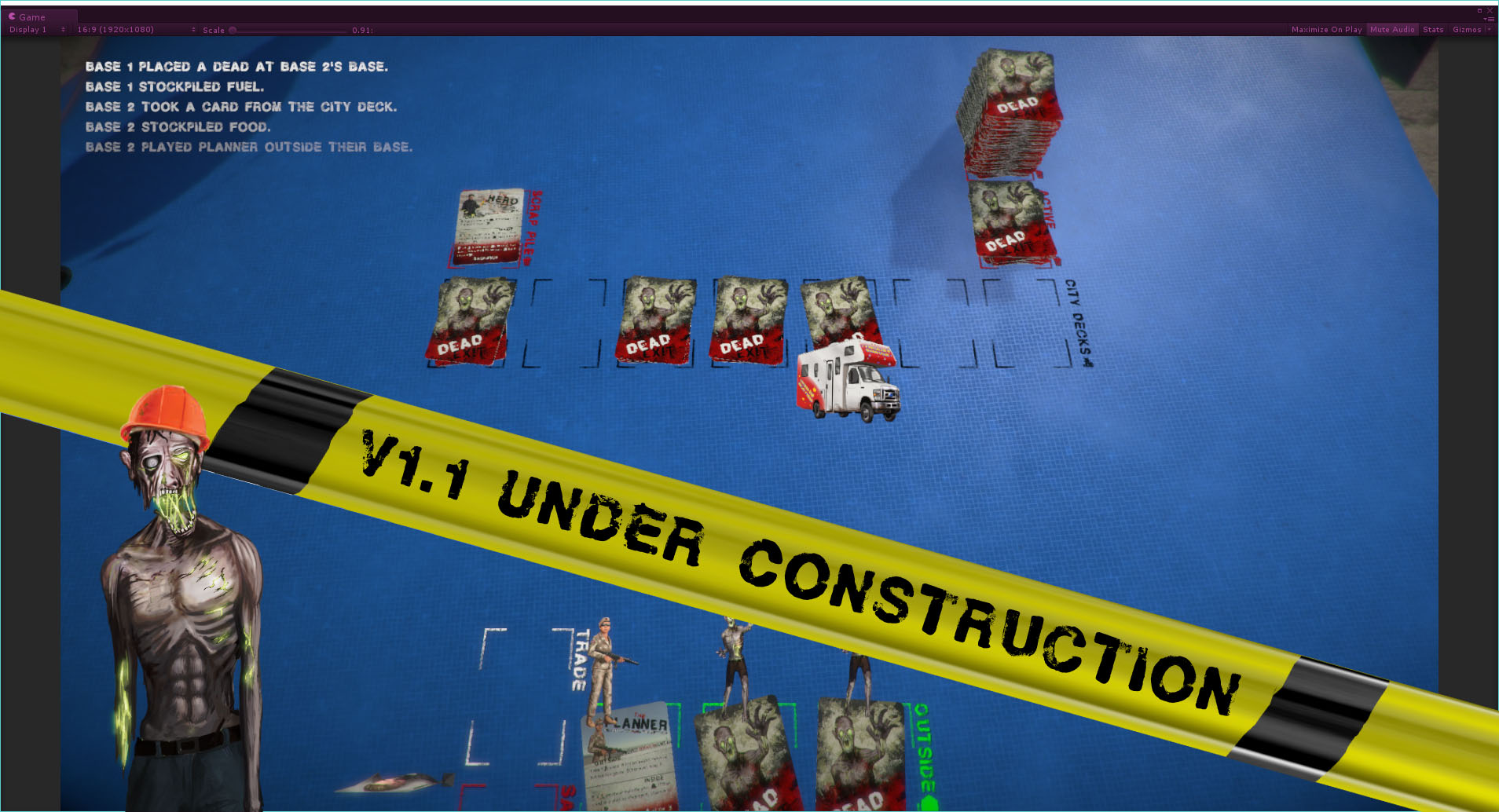 Everyone’s an octopus this week.

Not literally because computers and water don’t mix well, and also because none of us have the powers of transmogrification… as far as I know. We’ve just been working on a bunch of things all at once is what I mean.

The first major thing we’ve been doing is a bunch of minor things. We’ve been iterating Dead Exit on Steam with at least a half dozen updates.

There are many things, both positive and negative that I can say about Steam, but one of the great things about it is that you can update very quickly. This has allowed us to respond to players thoughts and requests very quickly; sometimes to the point that a request was made and the update was in the BETA branch the same day. This is something you just can’t do on any other platform.

The next major thing we’ve been busy working on is the 1.1 update with the extra solitaire mode. This is either going to be called The Washington Trail, or The Texas Trail. The game is set in Texas but they might be heading to Washington, that seemed like a decent idea at the time, but maybe a different state might be smarter. Regardless, dysentery will be the least of their problems.

Less exciting that that has been the fair bit of paperwork, and administration that has been done in preparation for submitting the console versions. This process is a lot slower than the Steam one, but a lot more thorough.

That is one of the main reasons indies such as us will release earlier on PC than console. We aren’t scared of the thoroughness of the submission process, we want to be in touch with the players so we can go back and forth improving the game quickly based on player feedback. That just isn’t possible on consoles. In fact, we’re doing another significant update for The Living Dungeon on Xbox and with the submission process and updates to the Unity Engine, that update is going to take a couple of months by the look of things. It’s a big job, but it will be very much worth it in the end.

Additionally, the Linux version works properly now thanks to Cool Beans Tom popping in and getting that up and running on Steam with me. Here is a picture of him working his magic.

Chantelle also managed to edit down the fourth part of her Creating a Tutorial video series, which is a great insight into a fraction of her coding talent. I say a fraction because she can code in her sleep, but coding while talking was a real (but entertaining) challenge for her.

And finally, we also streamed again this week, and got slightly better at it. I think you could just about hear us all this time, although we hid Josh’s face. I’ll just let you jump to making spurious assertions as to why. It’s an entertaining game and if you missed the Stream Ben will be bringing you all the best bits in a video very soon.

Now I’m off to go make an explanation of some of the ways you can use and abuse the Bodyguard in Dead Exit. Bye for now.