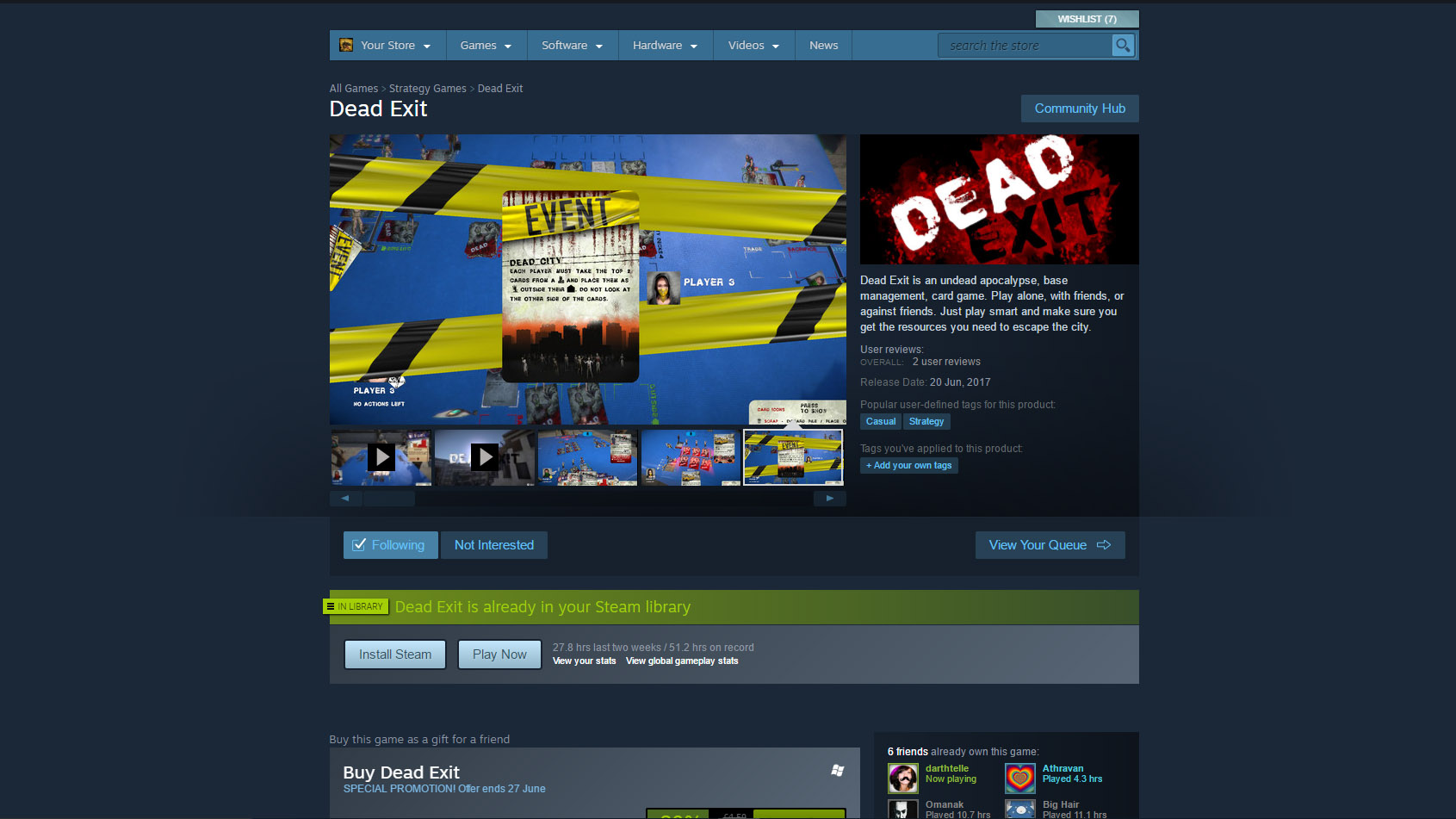 This week Dead Exit was released on Steam, and reviews so far have been very positive. We do need more reviews though, so since it’s on launch sale, GRAB IT NOW!
Then come back here because we still want to talk to you, and say thank you for buying our game.

Of course, releasing a game is not when you stop working on it in our ultra fast digital download world. We’ve already given the game several small upgrades and we get to respond to what the players want almost immediately.

The most noticeable of these upgrades is that we have cleaned up the survivor cards to make them easier to read. We really liked the overly grungy look, but cleaning it up a little makes the whole thing much better overall. We’ll get the rest of the cards upgraded very soon. 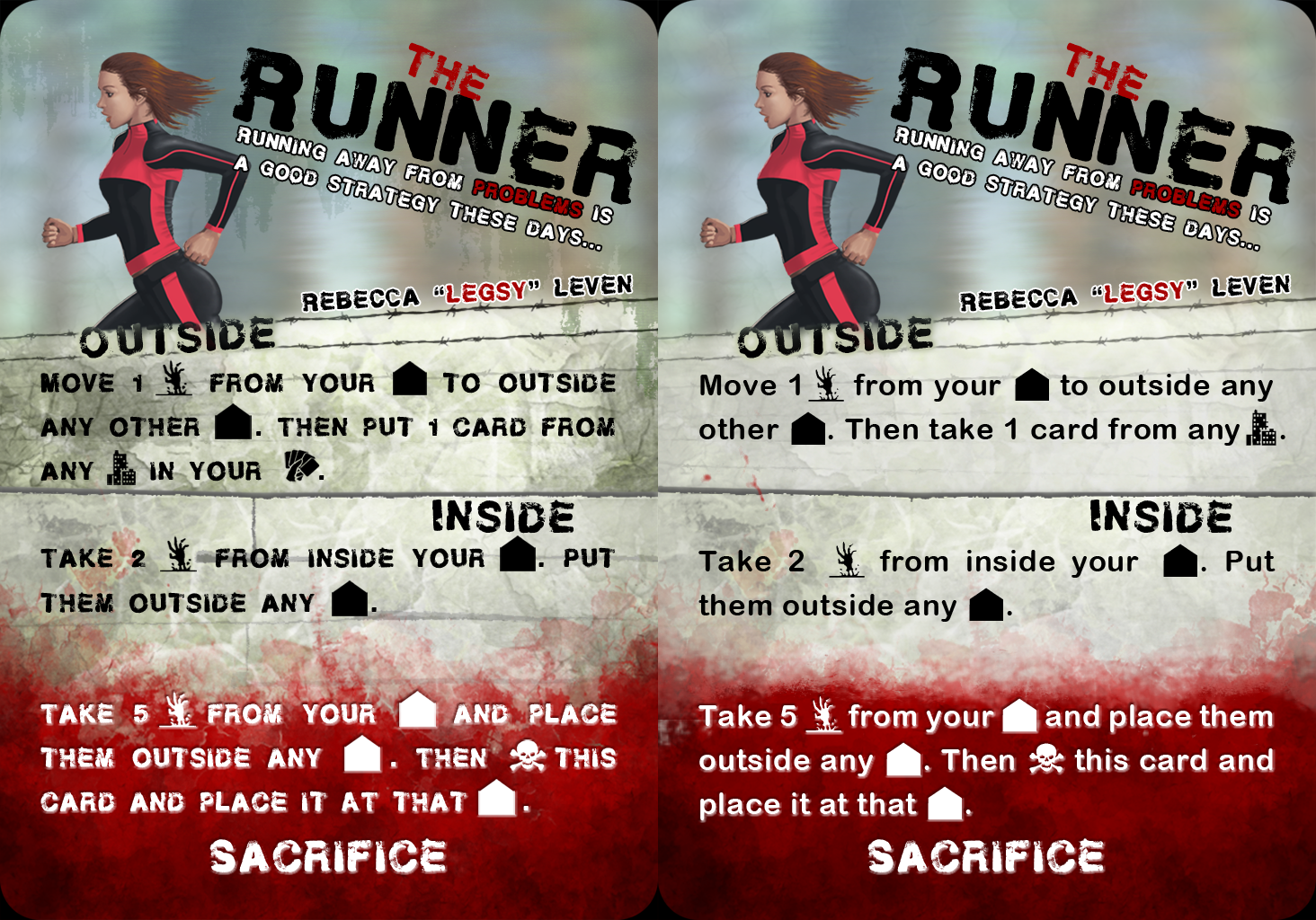 Secondly, we cut the game size down by almost two thirds, just by getting rid of a gig and a half of pointless lighting data. Which is nice.
There were also tons of other little things that I don’t even remember because we’ve been so busy just doing it all.

In unrelated news this week we also stumbled across some websites that should never be found by anyone, and a similarly styled game that should arguably never be played by anyone. I’m going to just let your imagination run wild on those and you’ll likely never be even close.

There’s still lots to do though. Half of the cards still need to be updated, and Chantelle needs to manage to beat the game on Impossible mode while recording. It’s a matter of principle now and I think she has the grit and determination to get it done. Stay tuned to find out how that goes next week.

Hopefully it will go well because next week we get cracking on with finishing the Xbox version, and hopefully if we are very, very lucky, Josh will be in and we can do a live stream which would be spiffing!

To keep up to date with all these dramatic tales and more, tune into our social media. Twitter, Facebook, and Youtube are all waiting longingly for your touch, and, or subscriptions.