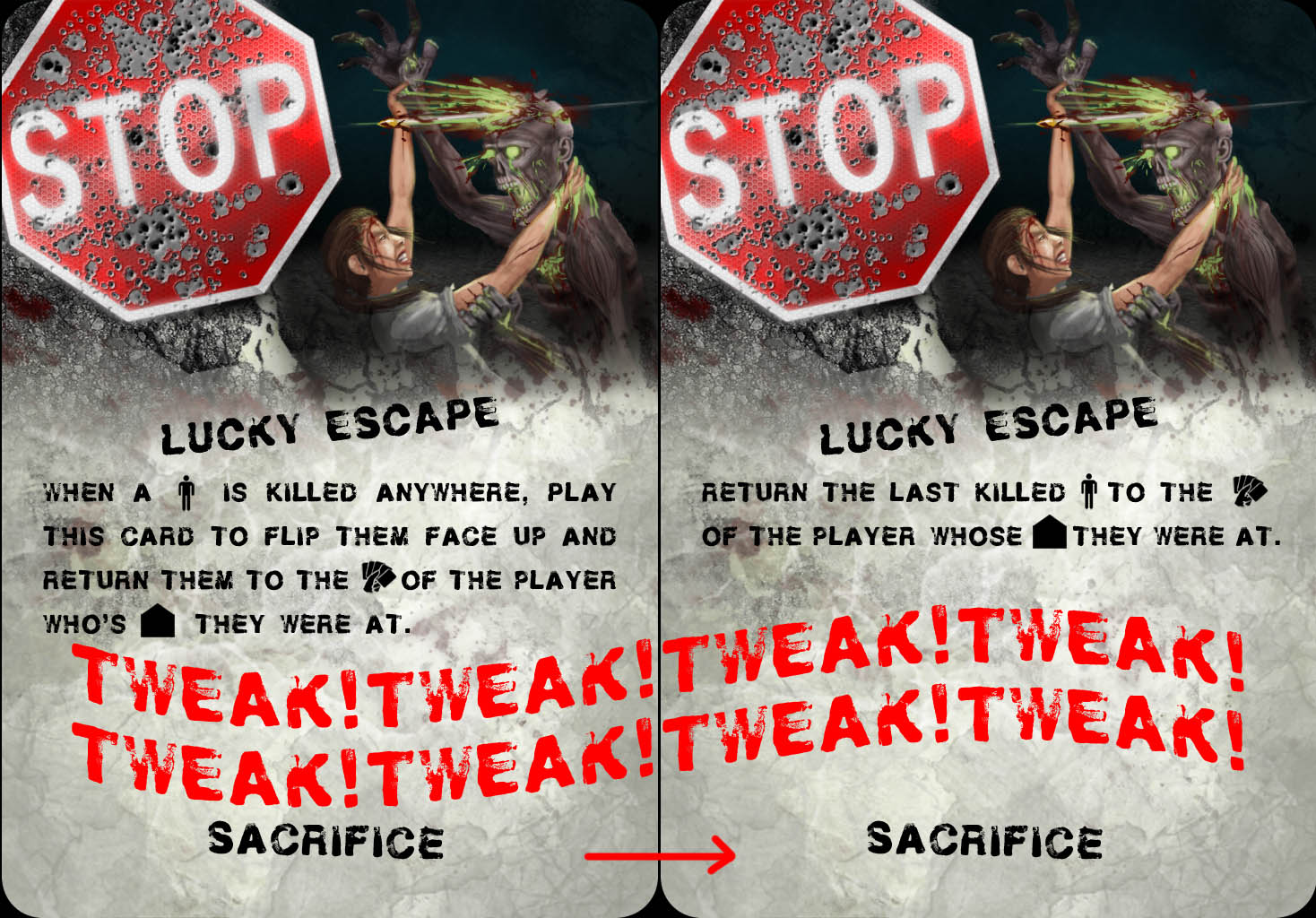 Test, tweak, test, bug fix, test polish, test, test, test some more. Tweak some more, test some more. That’s probably an apt description of what we have been doing this week and quite rightly so, because what we are really trying to do now is find any last bugs that might be hiding somewhere in the game.

We’ve been recording ourselves playing multiplayer, and that seems to be a guaranteed way to find bugs! So you guys get to see us playing the game and all our mistakes, but that’s all part of the plan! We don’t care about embarrassment. We take those failures and make them into more entertainment for you lot. You get to see us making fools of ourselves, and we find those pesky bugs before you run into them. It’s a win/win.

There was also more going over the instructions written on the cards and rewording things to make them either more obvious or more accurate. I made a little video showing some of this that you can watch on Monday. It also includes a picture of the Hobo as a wizard so that is something to look forward to in the run up to getting the game.

Sounds were another thing that got a little update with some extra selection sounds, card swipes, event drama noises and fart noises. That one was a fib, but the splat sound for killing a dead is pretty close at the moment.

So hopefully when the game releases any bugs we’ve missed will be minor ones that we can fix in a quick update. Most likely the nice and chunky version 1.1 update will include an all new extra single player mode specifically for those of you who enjoy some emotional self-flagellation.

The last things we did this week were get fidget spinners for everyone; which we proceeded to just drop everywhere, and then we hit up the Gamebox event which is always a fun night of board games and indie video games.

Next week will be a similar thing, but maybe, if you are very very well behaved, Chantelle might right another nice little “How we made a thing do stuff” blog. In between now and then you should get involved with us on social media of course. We got the Twitter the Facebook! Even the Youtube.