Dead Exit is a tactical card game where every card has multiple uses, and every card has the potential to kill you. As the player you must take control of base trying to flee the ruins of your city that is now overflowing with puss filled undead. You must risk everything to gather food and fuel to escape the city with survivors, but other groups have the same idea and resources are now scarce. You might try to work with other groups, but can your noble ideals hold up when something goes wrong and you realise there just aren’t enough resources for both of you… and have they noticed yet? Are they about to betray you!? You have to make the tough choices. You can play a survivor inside as a safe bet, or outside for higher risk and reward. You can even sacrifice a survivor for the greater good. Every card has multiple different uses and you must find synergistic combinations for maximum tactical effect. When it comes down to you or them, you best make sure it’s them.

+ Every card has multiple tactical options!
+ Hordes of synergy with a 3 action turn system!
+ Local and Online multiplayer for up to 8 players!
+ Make and break alliances at any time. Betray at your leisure. All’s fair in undead survival.
+ Customizable solitaire for a casual undead hunt or an impossible multi base death trap! 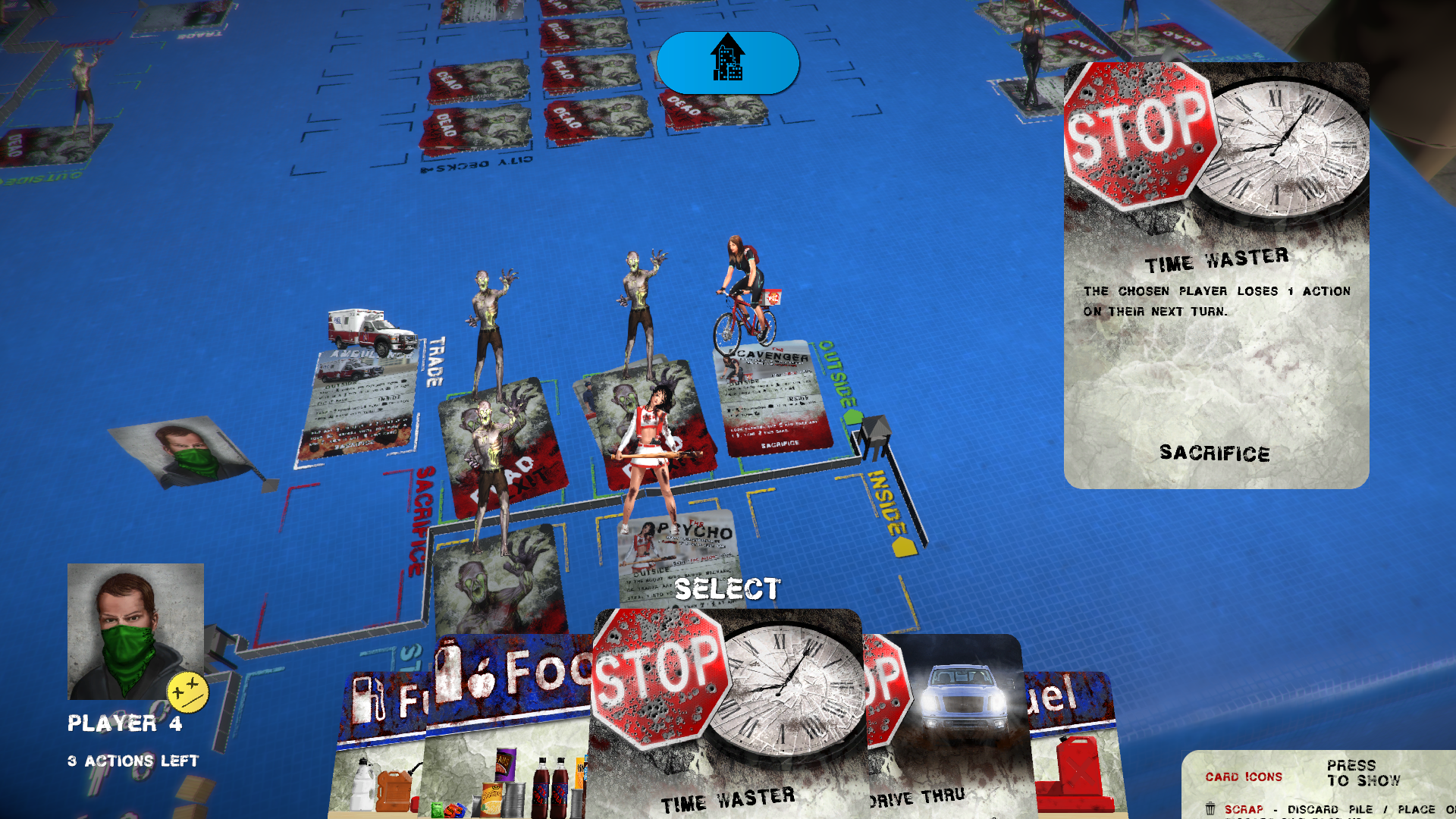 We persistently pick hard fights and make things that are way fancier than we should. RadiationBurn is 1 guy and 1 gal working away somewhere in the North of England, but thankfully we have cool friends who’ve aided us in our ridiculous quest.

Chantelle’s official title, is slaughter co-ordination engineer, but when making games she mostly does the code. Graham, does other stuff. with the help of their friends they make some weird and wonderful games.