The Undead Apocalypse Approaches Ever Closer, 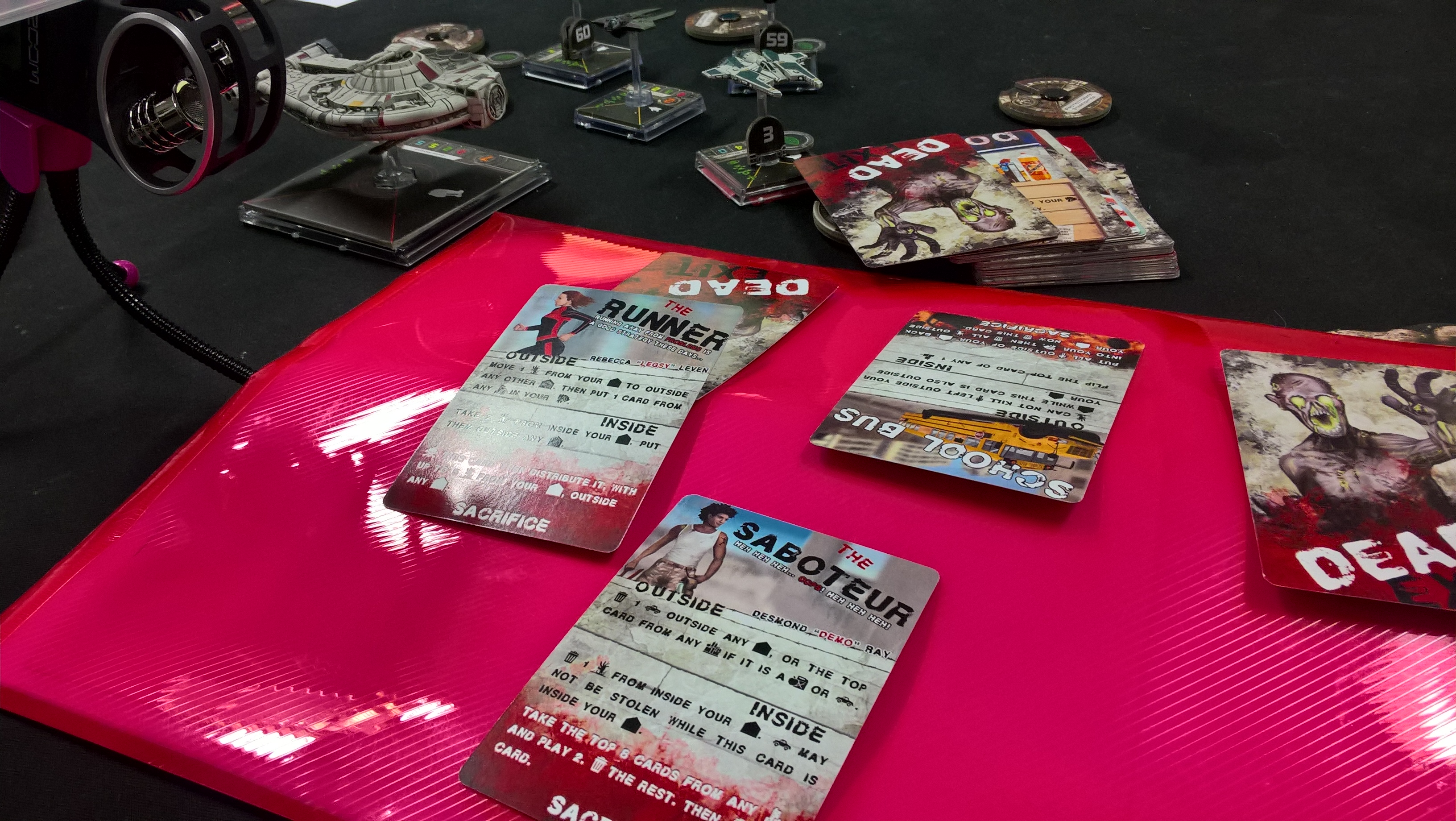 It’s Graham back this week and I’m just going to fill you in on what we’ve been up to. You might be able to work out from the above picture that we were recording some new card sounds, or you may have just been distracted by the Outrider… What do you mean “What’s the Outrider?”

It’s that big Starwars spaceship right there! It’s the YT 2400 that belonged to Dash Rendar! Hero of Shadows of….  Nevermind. I’ll go into super nerd overdrive about tabletop gaming another day.

This week we had a good clueless testing session. We grabbed some unsuspecting students and made them ‘volunteer’ for something they had no idea about. The point of this was to see how new players would approach the game and what areas they might get confused by given no other information than just plonking them down in front of a game.

We got a few good notes, and also a couple of great little ideas from the guys for things we hadn’t thought of. All in all though, they picked the game up really quickly and then proceeded to face off against one another in an insult fuelled post-apocalyptic death match… until right on the very last turn they managed to crash the game.

So Chantelle fixed it, and then the murder and mayhem resumed. Everyone had a lot of fun, and some of them even remained friends with each other afterwards.

We also took the game to the Animex Gamebridge event and were very happy with the number of people who sat down and played the game multiple times and for over half an hour. We also figured out a few more things we could do to polish the game just that little bit more before release and have spent the rest of the week, rearranging HUD elements, tweaking textures, and rewording instructions.

On top of all that we’ve been making a conscious effort to let the world see what we have been doing. We’ve added a number of videos to our YouTube channel this week so go check them out, and we are continuously updating our Social media platforms.

We’d of course, really appreciate it if you shared some of our stuff and help us let the world know about the stuff we are making. Give us a shout on Twitter, Facebook, and Instagram. Let the world know that the undead apocalypse is coming, and that it is going to be a lot of fun to play with a few friends.