RadiationBurn (that’s us!) is incredibly excited to announce another game in our line up of cool games we are making. The Krucer Parallax. You get to play as a whole squadron of space fighters, flying around in formation, looking all cool, and shooting stuff. If you can get past how awesome it is to dart around in cool little ships firing lasers, then you might also notice that the game has a fairly complex universe even when you scratch the surface. Who are the good guys? Who are the bad guys? Well that is a matter for interpretation. Maybe you can decide for your self by going to the website and signing up for one of the two sides. No really. Go sign up! 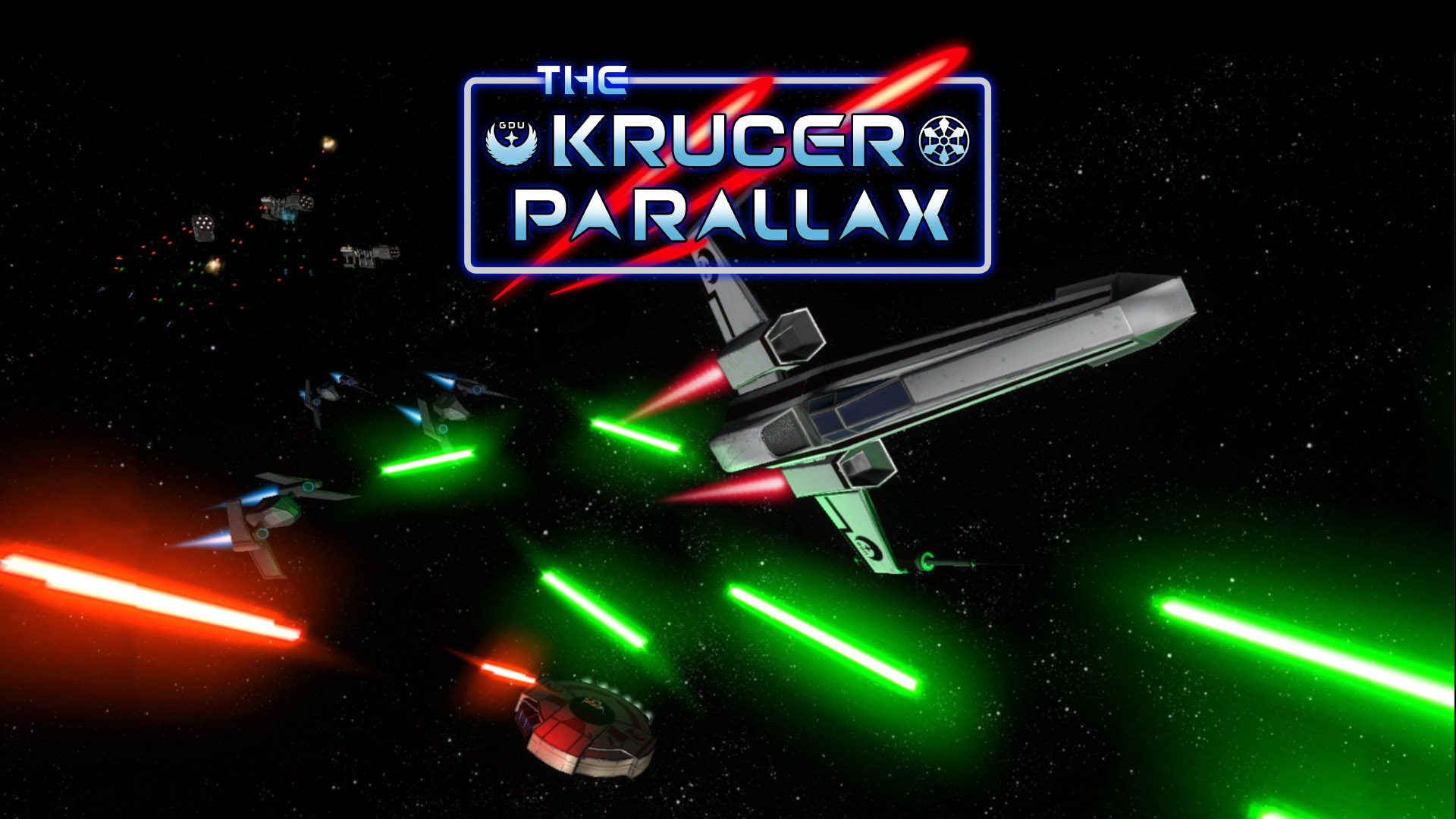 I realise this announcement is a little out of the blue/black, but last update I did mentioned there was more.  I mean, we hadn’t really been keeping it a secret from anyone… except Ben, because we thought that would be funny. He’d answered the website questionnaire and spent a good deal of time thinking about the politics of the universe the day before we informed him of the game, but he had no idea it was ours, or even a that is was a game at all. Then the next day he was “made aware”. This involved us putting a few little “hints” into Dead Exit. So while Ben was testing unusual things would begin to happen. Amusingly, he was running the game in a tiny window so he completely failed to realise that lasers were flying out of the bases with every card placed. He also failed to notice that the planner standee had been replaced by a GDU intelligence officer. Therefore, when the entire screen was hijacked by a huge logo of The Krucer Parallax there was some confusion, and some profanity.

So here it is for the rest of you. We’ll be updating the website and talking about this game a lot more in the coming week or two. So watch the skies carefully, and by skies I do of course mean our social media. Facebook, the Twitter, and the Instagram.