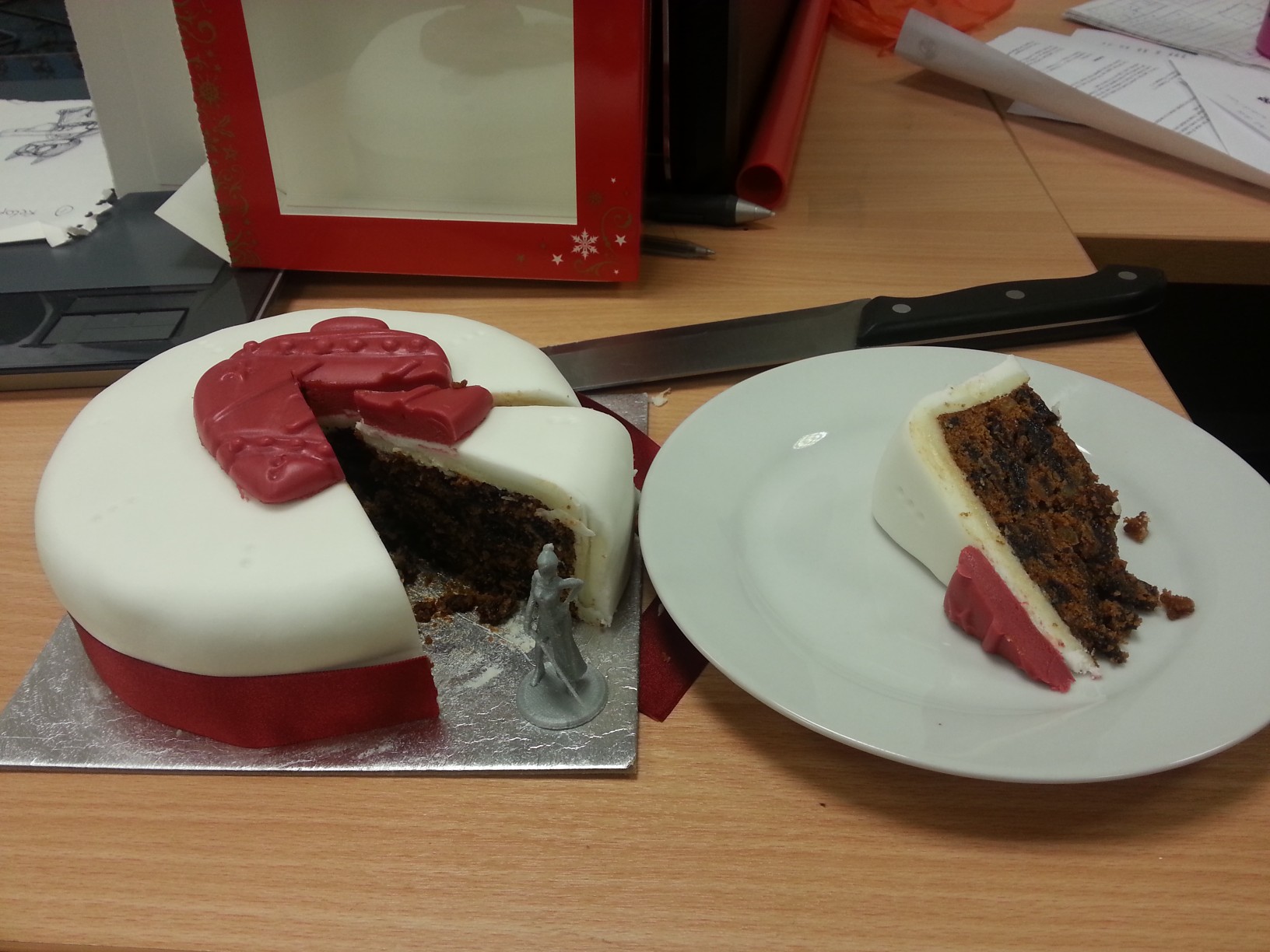 It’s been an age since we did a tea and cake. Part of that is simply because most of us rarely drink tea and don’t often eat cake, but part of it is just that Fee has not been around to enforce the law. Recently, Thursdays have been more treats and coco. Not particularly British but given that we are games developers that kind of automatically makes us a global company doesn’t it? Even if there are only a handful of us.

Since it’s Christmas though, we got a Christmas cake. It’s very tasty. we’d love to share it with you but we can’t so here is a nice picture.

You might notice a tiny silver Living Dungeon miniature in the picture. It was her that cut the cake so she’s to blame if you think you got an unfairly small slice.

Also. It’s really yummy and you can’t have any… unless you can get to our office in the next hour or so.

Have a merry Whatever holiday you believe in everybody.